Mobile phone call tariffs while roaming will be cheaper by up to 23 per cent, while sending SMSes will cost up to 40 per cent less from May 1… 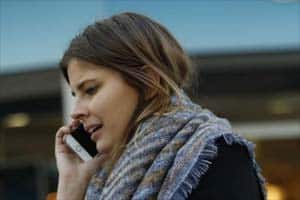 Qiku, a joint venture between Qihoo 360 Technology and China's Coolpad Group, today said it expects to sell one million units of Qiku branded smartphones in India in its maiden year as it forays into the heavily contested domestic smartphone market. (Reuters)

Starting next month, mobile calls while in roaming will be cheaper by up to 23 per cent, while sending a local SMS will cost only 25 paise, a steep cut of 75 per cent from the present Re 1, as regulator TRAI has slashed ceiling tariffs.

However, following this TRAI order, subscribers will not be able to avail of schemes that allowed them to make calls and send SMSes while in roaming at home circle rates.

“TRAI has reduced ceiling tariffs for national roaming calls and SMS and has mandated telecom service providers to offer a special roaming tariff plan. These changes will come into effect from May 1, 2015,” TRAI said in a statement today.

The Telecom Regulatory Authority of India (TRAI) has cut the maximum or ceiling rate that a telecom operator can charge for STD calls on roaming to Rs 1.15 per minute from Rs 1.5. Similarly, national SMS rate has been reduced to 38 paise from Rs 1.5 per SMS.

Also, an operator can charge a maximum of 25 paise only for a local SMS instead of the current Re 1 per SMS.

Under the revised tariff, a telecom operator can charge a maximum of 80 paise per minute for a local call instead of Re 1 permitted at present.

The regulator had earlier proposed to bring down outgoing STD calls to Re 1 a minute and local calls to 65 paise but could not do following protest from telecom operators.

Reacting to the revised tariff, industry body COAI’s Director General Rajan S Mathews said that revision in roaming rates should have been left to market forces.

He, however, added that “I am glad that the Authority differentiated between local and roaming rates becuase it recognised that there is an STD interconnect charges component which has to be recovered”.

COAI during consultation process had said the ceiling rate for roaming should not be lower than the prevailing rack rate of home service area.

For incoming calls during roaming, a mobile customer will be required to pay a maximum of 45 paise only per minute instead of 75 paise now.

On the other hand, in a blow to consumers, the regulator has removed the roaming tariff plan, RTP and RTP-FR, under which the consumer paid the same charges as his home circle or service area while in roaming.