Mid-tier IT services firm Mindtree has issued a profit and revenue warning, impacted primarily due to cross-currency movement and Brexit. 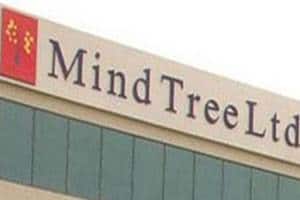 Mid-tier IT services firm Mindtree has issued a profit and revenue warning, impacted primarily due to cross-currency movement and Brexit.

Mindtree said that the margins are going to be lower than planned with a decline in EBITDA margins in Q2 FY17 compared to Q1 FY17. The company said it has implemented a range of operational efficiency improvements and cost control measures but these will not be sufficient to offset the revenue slowdown in Q2 FY17.

In a notice to the stock exchanges, Mindtree said, “The company expects Q2 FY17 revenue to be lower than the previous quarter. The decline is expected due to cross-currency movements, project cancellations and slower ramp-ups in a few large clients across different verticals and continued weakness in its UK-based subsidiary Bluefin.”

Mindtree said uncertainties in its Bluefin business are likely to continue for a few more months given the volatile macroeconomic environment in Europe. The company had acquired Bluefin Solutions, a UK-based firm in July last year for $66 million.

“The slower revenue momentum in H1 FY17 will delay the aspiration to grow EBITDA margins over FY16. The cost saving measures and other related initiatives will help the company deliver a higher margin in H2 FY 17 over H1 FY17,” it said. However, Mindtree is confident that despite the changed outlook it expects its annual revenue growth to be higher than Nasscom’s guidance.