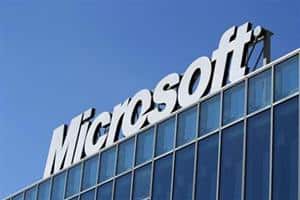 US technology major Microsoft, the owner of Nokia’s mobile device business, has agreed to sell the latter’s branding rights to Finnish firm HMD Global and contract manufacturer Foxconn for $ 350 million.

“To complete its portfolio of Nokia branding rights, HMD announced today that it has conditionally agreed to acquire from Microsoft the rights to use the Nokia brand on feature phones and certain related design rights. The Microsoft transaction is expected to close in H2 of 2016,” Nokia said in a statement.

In a separate agreement, Nokia Technologies will grant HMD Global Oy (HMD), a newly-founded company based in Finland, the exclusive global licence to create Nokia-branded mobile phones and tablets for the next 10 years.

Under the pact, Nokia Technologies will receive royalty payments from HMD for sales of Nokia-branded mobile products, covering both the brand and the intellectual property rights.

Microsoft also said it has signed a pact to sell the company’s entry-level feature phone assets to FIH Mobile, a subsidiary of Hon Hai/Foxconn Technology Group, and HMD Global Oy for $ 350 million.

As part of the deal, FIH Mobile will acquire Microsoft Mobile Vietnam, the company’s Hanoi manufacturing facility. Foxconn has been a vendor for Nokia and also produced Nokia N1 tablets in a licensing agreement with Nokia Technologies.

HMD and Nokia Technologies have signed the pact with FIH to establish a collaboration framework to support the building of a global business for Nokia-branded mobile phones and tablets, the statement said.

This deal will enable Nokia brand to return to the mobile phone and tablet market at a global scale.

“Today marks the beginning of an exciting new chapter for the Nokia brand in an industry where Nokia remains a truly iconic name. Instead of Nokia returning to manufacturing mobile phones itself, HMD plans to produce mobile phones and tablets that can leverage and grow the value of the Nokia brand in global markets,” Nokia Technologies President Ramzi Haidamus said.

Nokia will provide HMD with branding rights and cellular standard essential patent licences in return for royalty payments, but will not be making a financial investment or holding equity in HMD.

Microsoft acquired Nokia device business for $ 7.2 billion and the deal was closed in April 2014.

Microsoft kept Nokia brand to only feature phones while selling smartphones under Lumia.

Post closure of this deal, some 4,500 employees will move to or have the opportunity to join FIH Mobile or HMD Global Oy subject to compliance with local laws.

Microsoft will continue to develop Windows 10 Mobile and support Lumia phones such as Lumia 650, Lumia 950 and Lumia 950 XL, and phones from OEM partners like Acer, Alcatel, HP, Trinity and VAIO.