Under pressure from the government to curb fake news on its platform, Facebook-owned instant messenger WhatsApp has appointed a grievance officer for India, according to an update on its website. 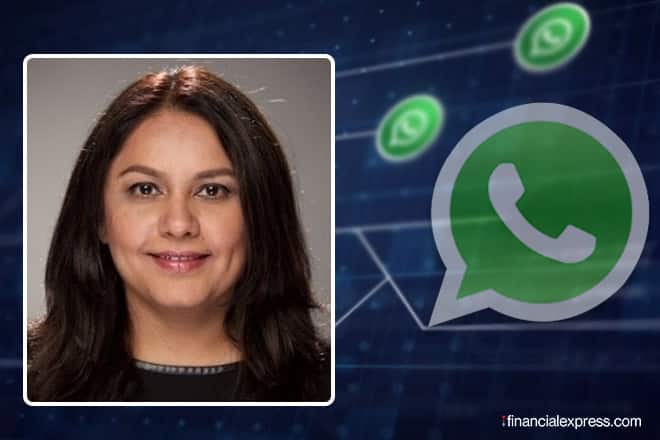 Under pressure from the government to curb fake news on its platform, Facebook-owned instant messenger WhatsApp has appointed a grievance officer for India, according to an update on its website. Komal Lahiri, Senior Director of Global Customer Operations and Localisation at WhatsApp Inc since March 2018, has been appointed by the company as the grievance officer. The users can send their complaints related to sinister messages to her over an email or postal mail. Komal Lahiri earlier worked as senior director at Facebook and Instagram.

“To contact the Grievance Officer, please send an email with your complaint or concern and sign with an electronic signature. If you’re contacting us about a specific account, please include your phone number in full international format, including the country code,” WhatsAPP said in a statement. She can also be reached via post at the following address:

“You (users) can contact the Grievance Officer with complaints or concerns, including the following: WhatsApp’s Terms of Service; and Questions about your account,” a section within the FAQs reads. The updated FAQs also mention a mechanism for law enforcement officials on how to reach out to WhatsApp.

Her appointment comes after WhatsApp CEO Chris Daniels held a meeting with IT minister Ravi Shankar Prasad last month in which he was asked by the Indian government to find a way out to track the origin of fake messages on its platform. The government also asked the company to appoint a grievance officer to deal with these cases and set up a corporate entity in the country. India is the largest market for WhatsApp with 200 million users. The government has criticised WhatsApp over fake news being circulated on its messaging platform.

India is WhatsApp’s biggest market with more than 200 million users. It, in July, limited message forwards to five chats at a time and had also removed the quick forward button placed next to media messages to discourage mass forwarding. It has also introduced a ‘forward’ label to help users identify such messages.