Meet BK Birla, the patriarch of Birla Group, who joined business at 15

Basant Kumar Birla or BK Birla, the patriarch of Birla Group, passed away on Wednesday in Mumbai at the age of 98. 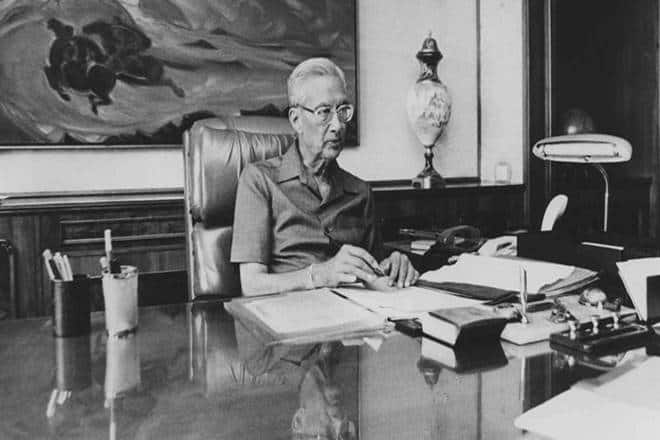 Basant Kumar Birla or BK Birla, the patriarch of Birla Group, passed away on Wednesday in Mumbai at the age of 98, news agency PTI reported. Aditya Vikram Birla, father of Kumar Mangalam Birla who passed away in October 1995, was his only son. His wife Sarala Birla passed away in 2015. The youngest son of philanthropist Ghanshyam Das Birla, who  became active in the business since 15 years of age, is survived by his daughters Jayashree Mohta and Manjushree Khaitan.

With an experience spanning over 7 decades BK Birla is known to be one of the most successful businessmen across the country. He is the author of several books including an autobiography ‘Svantah Sukhaya’. According to the information available online, BK Birla tapped into sectors such as  cotton, viscose, polyester and nylon yarns, refractory, paper, shipping, tyrecord, transparent paper, spun pipe, cement, tea, coffee, cardamom, chemicals, plywood, MDF Board.

The man is also known to have authored his succession plan during his lifetime and also made it public. He also passed on the different responsibilities associated with the educational institutions, temples and several spiritual hermitage or ashram to different members of his family.