But India’s biggest airline had free cash worth Rs 9,412.8 crore as on December 31, 2019 and can sustain itself for six months to a year. 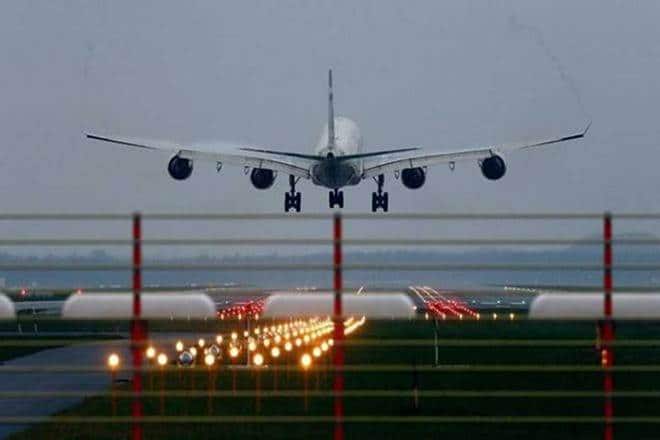 Indian carriers may operate 300-350 aircraft from October onwards for domestic operations and 100-125 aircraft for international operations.

Having been grounded for two weeks now and with few signs of an early take-off, private airlines could collectively incur total losses to the tune of Rs 5,800-6,500 crore for the March and June quarters. Forward bookings for domestic travel in May, June and July are down 80% year-on-year, depriving airlines of upfront cash.

Analysts from Kotak Institutional Securities said, “While most airlines have announced cost-cutting measures such as headcount and employee cost rationalization, these companies will still have to contend with other fixed costs such as lease rentals and other corporate expenses.”

IndiGo is expected to see an expenditure of Rs 2,400-4,500 crore as fixed costs over the next three months. But India’s biggest airline had free cash worth Rs 9,412.8 crore as on December 31, 2019 and can sustain itself for six months to a year.

However, SpiceJet had “negligible” cash reserves of around Rs 86 crore as the end of March and will need some Rs 1,350-1,500 crore to meet its fixed costs and sustain itself for three months. That’s including a Boeing refund of around Rs 500 crore.

GoAir’s estimated fixed cost expenses would be Rs 500-750 crore over three months and the airline had an estimated cash balance of Rs 380 crore as of March. In the absence of revenues and the inability to service loans, debt levels for leveraged airlines such as SpiceJet and GoAir will go up.

“SpiceJet’s core debt — sans future lease rent liabilities —could increase by as much as 3x increase by Q1FY21,” analysts said.

However, SpiceJet’s management sees “no possibility” of the airline failing. “We have been maintaining adequate cash flows to cover reduced cost of operations and we believe that the Indian aviation market, especially our domestic market, has immense potential and we see strong surge in demand as the situation is contained. The Boeing compensation and assistance from the government for the country’s airlines will further strengthen us,” a spokersperson told FE.

Aviation consultant Mark Martin explained a significant portion of airlines’ fixed costs, about 40-60%, would come from lease rentals. “So, airlines would be looking at renegotiating contracts with lessors to reduce these,” he explained. Even post the lockdown, demand will take time to revive given the economy has suffered a body blow. “Some carriers may decide to operate a skeleton network and to keep aircraft grounded to conserve cash,” a spokesperson for CAPA said, adding it may take up to 12 months for domestic airlines to pre-Covid-19 operating levels after restrictions are fully lifted.

Indian carriers may operate 300-350 aircraft from October onwards for domestic operations and 100-125 aircraft for international operations. “A gradual path towards normality could be expected during the third and fourth quarter…the current fleet of 650 represents a surplus of 200-250 aircraft for a period of 6-12 months,” CAPA India said in a report.