Make in India in Defence: Tata Group bidding for FICV project to bring group companies together

Tata group is banking on winning the Rs 60,000-crore project to design and build a Fighting Infantry Combat Vehicle (FICV) under Make in India in Defence to bring more than a dozen group companies together. 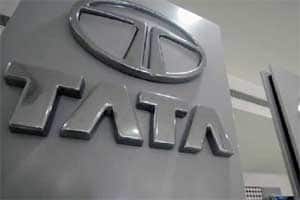 Tata Capital currently has a total book size of over Rs 42,000 crore and Biz2Credit has provided more than $1.3 billion in finance to thousands of small and mid-sized companies. (Reuters)

Tata group is banking on winning the Rs 60,000-crore project to design and build a Fighting Infantry Combat Vehicle (FICV) under Make in India in Defence to bring more than a dozen group companies together. Tata Motors is one of the ten contenders — L&T, Tata Power (SED), Tata Motors, Mahindra & Mahindra, Bharat Forge, Pipavav Defence, Rolta India, Punj Lloyd, Titagarh Wagons, and the Ordnance Factory Board (OFB) — for the FICV programme, who have been issued an expression of interest (EOI) by the defence ministry.

These firms have been asked to submit proposals by January 15, 2016 to build the FICV, a tracked, armoured battle-taxi, which will be operated by three crewmembers and carry eight combat soldiers into battle. As per the EoI, the FICV must be air-portable by IL-76 and C-17 aircraft, and fire anti-tank guided missiles up to 4,000 metres.

From the bidders, two firms will be selected to design and develop separate FICVs, which will be reimbursed 80 per cent of their costs by the defence ministry. Out of the two FICVs developed, one will be selected for mass-production to replace the army’s fleet of obsolete 2,610 Russian BMP-2 carriers.

According to Dr Mukund Rajan, Tata brand custodian and group spokesperson, the group has identified defence and aerospace as one of the four clusters under which Tata companies will work collaboratively and tap synergies. Tata Motors has a clear mandate from the Tata Group to be the lead bidder and integrator on the FICV programme.

“Our large presence in the defence and aerospace sector is an outcome of the legacy bequeathed by Ratan N Tata. The relationships he encouraged the group to strike with global majors, and the capabilities he inspired the group to create, are now being leveraged further by bringing the various Tata companies together,” Rajan said.

While Tata Motors will be the lead systems integrator and mobility systems provider, Tata Advanced Systems Limited will work on mission electronics and high technology absorption of electronics, Tata Power SED on systems and weapon integration, Tata Advanced Material Limited on armour manufacturing and integration, TAL Manufacturing Limited on heavy fabrication and hull manufacturing, Titan on precision engineering, and other companies like Tata Technologies and Tata Consultancy services will bring on board their expertise in engineering and programme management.

The EOI lays down four parameters for evaluation of the bidding companies – financial, technical capability, critical technology and technical Specification. The EOI also lays clear rejection criteria, which are solely related to product competence. After vetting the parameters, industry sources assess that L&T, Tatas, Mahindras and OFB are the only serious contenders for the bid.

Tata Motors believes that having successfully demonstrated its capability on Armoured Mobility platforms through the Wheeled Infantry Combat Vehicle, the Tata Motors WhAP-Kestrel, it will be a front-runner for the FICV programme. The Wheeled Amphibious Platform (WhAP) was developed as a public-private partnership project by the DRDO, Indian army and Tata Motors, and has undergone all required mobility, flotation and firing trials at DRDO. Defence Minister Manohar Parrikar was also given a demonstration of the capabilities of WhAP during his visit to ARDE, Pune last month.

“That FICV is mobility oriented is established by the fact that 3 of the 5 core technologies and 19 of 34 critical technologies are mobility related, such as engine, transmission and running gear which are core to Tata Motors. We are today the only player with demonstrated experience of integrating key technologies needed in Armoured mobility segment. With around 14 Tata companies engaged in providing cutting edge solutions in the defence and aerospace sector, the group has the capability and ability to deliver on the FICV programme,” Tata Group told The Indian Express.

In October, defence ministry had issued a note to the ten FICV contenders stating that domestic operation alone would count whilst evaluating a company’s commercial eligibility and strength — a key determinant for who will win the FICV project. This had raised questions about profits from Tata’s UK-based subsidiary Jaguar Land Rover (JLR), which underpin Tata Motors’ consolidated turnover of Rs 2,63,695 crore and a net profit of Rs 13,986 crore last year. Tata Motors’ domestic operations had shown a turnover of just Rs 38,176 crore and a net loss of Rs 4,739 crore last year.

However Tata Motors says that “the defence ministry’s Integrated Project Management Team has clarified that the wholly owned subsidiaries of the EOI holder having manufacturing presence in India can be included in the financials. With JLR being a manufacturing entity in India and a wholly owned subsidiary, Tata Motors is doubly confident of its position as the front runner for the selection as a Development Agency for FICV”.

Tata group is also buoyed by the statement of former DRDO chief and Niti Aayog member, Dr VK Saraswat who said on September 25, that as Tata Motors had already developed an Infantry Combat Vehicle, there should not be any requirements for it to competitively bid again to continue to progress in that family of platforms.

More Stories on
Make In India
Next Story
How to buy OnePlus X without invite via Ola app; smartphone priced at Rs 16,999