Months after a 62-year-old woman in the US died of ovarian cancer linked to prolonged use of Johnson & Johnson baby powder, the Maharashtra Food and Drug Administration (FDA) has slapped a notice on the company. 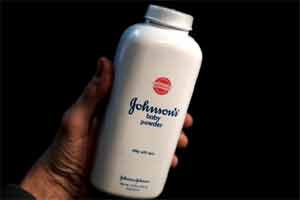 Months after a 62-year-old woman in the US died of ovarian cancer linked to prolonged use of Johnson & Johnson baby powder, the Maharashtra Food and Drug Administration (FDA) has slapped a notice on the company. It has also sent for lab tests eight samples of the baby powder it has acquired from across the state.

Additionally, the FDA will also get talcum powder of other brands such as Shower to Shower, Dermicool, Ponds and Nycil tested to ensure no heavy metal is present in the products.

A US court last month directed Johnson & Johnson to pay a compensation of $72 million to the family of Jacqueline Fox, who died due to ovarian cancer after using Johnson & Johnson baby powder for feminine hygiene for over 35 years. She also used another powder, Shower to Shower, which is now owned by Valeant Pharmaceuticals International.

Maharashtra FDA commissioner Dr Harshdeep Kamble said, “We have sent a notice to J&J company and had called its officials for a discussion. We have requested the company to present a study data on the talcum powder.”

According to the US court verdict that came on February 24, J&J was charged with “fraud, negligence and conspiracy” with links established between talcum powder and cancer.

“There needs to be a scientific validation of the cancer causing agents, if any, in the powder,” said FDA Joint Commissioner Omprakash Sadhwani, adding that information on the

composition of the product had been taken from the company. While no decision on prohibiting sale of the baby powder has been taken yet, Sadhwani said even the US FDA was holding deliberations on the product.

The testing of all top talcum powder brands will be conducted at the government-run laboratory in Bandra-Kurla Complex to check if they comply with the Bureau of Indian Standards rules laid down under the Drug and Cosmetics Act. While FDA officials claimed they were “not jumping to the conclusion of carcinogenic properties” of the powder, a check on presence of heavy metals would be done.