The share of private sector companies in the corporate bond market has risen to 71% between April and October this year from 62% in the corresponding period last year. 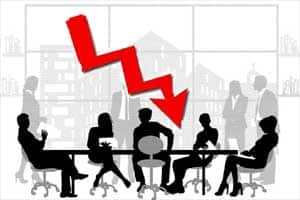 The Indian companies have made an investment of USD 2 billion by November, 2015. (Reuters)

The share of private sector companies in the corporate bond market has risen to 71% between April and October this year from 62% in the corresponding period last year. Private sector players have borrowed R1.6 lakh crore — a rise of 26.66% over the R1.26 lakh crore borrowed in same period last year, according to Prime Database. During this time companies in the private and public sectors have together raised R2.26 lakh crore via bonds; in contrast banks have lent R1.86 lakh crore.

The lower interest rates in the bond market have prompted borrowers to tap this route rather than take loans from banks. That foreign portfolio investors (FPI) are also buyers has helped boost volumes. Moreover, as Badrish Kulhalli, fixed income fund manager, HDFC Standard Life, points out, companies are keen to refinance loans at lower rates. “Rates in the bond markets have been significantly lower than those offered by banks and this was true even before the September 29 repo rate cut of 50 basis points,” Kulhalli said.

Provident funds too are investing more in such paper since they are now mandated to invest a minimum 35% in debt securities and term deposits of banks. Shashikant Rathi, EVP and head, Investments, Axis Bank, observes the change in investment rules for provident funds has helped. “Earlier, the bulk of the investments went into papers issued by public sector units but from April 1, with ratings-based investment coming in PFs can invest in bonds issued by private sector,” Rathi explained.

Rathi observes that higher inflows into the bond schemes of mutual funds, who are key investors in low-rated paper, have also contributed to a surge in private player issuances. “They are also responsible for the increase in the issuance of low-rated paper at least till the early part of the fiscal year,” he said. The share of AAA-rated firms at 61.41% of total issuances, this year has seen a minor drop from 64.51%.

The commercial paper (CP) market too has seen more money being raised this year; between April and October, R8.8 lakh crore worth of CPs were issued though the outstanding as on October 31 was R3.23 lakh crore, data from the Reserve Bank of India shows.