The residential real estate market was expecting the first quarter of the new financial year to be a complete washout with zero sales, but the lockdown is tilting the decision-making in favour of owning a home versus renting it. 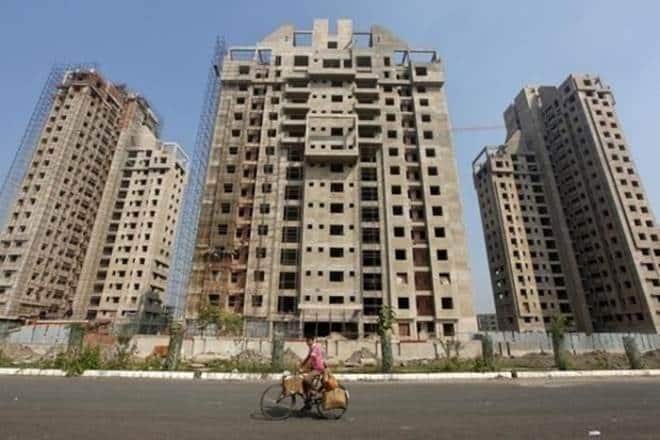 With work-from-home becoming the new normal, developers say that in the metropolises existing buyers are coming back and changing their existing bookings as they look for larger apartments. (Representative image)

The Covid-19 pandemic has had an unexpected impact on the residential real estate market. With families spending more time at home during lockdown, organised real estate players have noticed a rising interest from buyers. Also looking at the property market rather seriously are non-resident Indians, who are seeking digital presentations from developers across the metro cities. Sanjay Dutt, MD & CEO of Tata Realty, told FE, “NRIs are coming back wanting to invest in India. We noticed this in February and March. A lot of NRIs have returned to India and many may not go back. They want the safety of owning a home in India.” A weaker rupee and lower interest rates are also contributing to the decision-making.

With work-from-home becoming the new normal, developers say that in the metropolises existing buyers are coming back and changing their existing bookings as they look for larger apartments. While numbers are nowhere near the March quarter sales, large developers say there is suppressed demand but how for it to translate into sales, the job market and economy has to revive.

Says Arvind Subramanian, CEO of Mahindra Happinest and CEO-designate of Mahindra Lifespaces, “I feel there will not only be a recovery but a rebound in residential. Being locked up in homes for two months has precipitated the decision-making, with consumers not willing to live with compromises. Actual purchasing may take 6-12 months as real estate is a highly involved category, but I do feel that first home and mid segment buyers will be prompted to do that by the experience in the last two months.”

Demand was seen to be picking across India’s top 7 cities over the last two years with unsold inventory levels declining by 7% in 2018 and 4% in 2019, says Anarock Research. The outbreak of Covid-19 will adversely impact new launches and absorption in the affordable housing segment, which account for 40% of the new launches over the last few years, as jobs are at risk. Anarock Research said in a report that with affordable housing accounting for 36% of unsold inventory across top 7 cities as of Q1 2020, this segment was being tested and the pandemic would worsen the situation. Many may even reconsider purchase decisions in light wage cuts and job losses.

The residential real estate market was expecting the first quarter of the new financial year to be a complete washout with zero sales, but the lockdown is tilting the decision-making in favour of owning a home versus renting it. In the first 40 days of the lockdown, the Maharashtra government has reportedly seen sale of only 3,806 properties, which earned the state a meagre amount in registration fees. Typically, the state government earns `25,000 crore a year from the real estate sector. While many state governments have allowed online registrations, developers say that they expect demand to not just return but rebound.

Mahindra’s Subramanian says that there are very interesting patterns as far as demand is concerned. Enquiries are coming from people who have never visited the site and are responding to digital advertisements. Developers are also seeing existing buyers come back and seek larger apartments. Mohit Malhotra, MD & CEO of Godrej Properties, says that consumers are realising the importance of owning a home. He says, “While it is too early to give any forecast given the scale of the situation, people are still willing to transact. We expect strong demand revival once lockdown is lifted, provided people have some certainty over their jobs. In the short-term we are gearing up for disruption on the supply and demand side.” In the March quarter, Godrej Properties sold 3000 homes, which was its highest quarterly performance.

While the outlook for the residential sector looks most promising compared to retail and commercial, a full-blown revival is still two years away. Developers believe that the trend of digital sales will also pick up in times to come as innovative sales and marketing solutions are being worked upon and drone shoots and virtual tours are becoming par for the course.