LG looks India as its manufacturing hub for global markets

LG India is encouraging its other global units, which are shifting away from China, as it has not remained very cost competitive, to source more from India 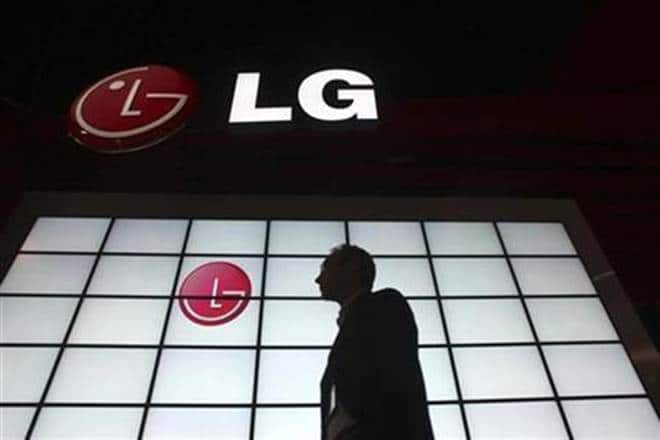 South Korean consumer electronics major LG is expecting India to be one of its global manufacturing hubs to cater to the markets of South Asia, Africa, and the Middle East, a top company official said. (Reuters)

South Korean consumer electronics major LG is expecting India to be one of its global manufacturing hubs to cater to the markets of South Asia, Africa, and the Middle East, a top company official said. Besides, LG Electronics India, which has manufacturing units in Noida and Pune, is also mulling to have a new unit in next 4-5 years to cater to the fast-growing eastern-region market of the country. “We would like to make India as a production hub not only for India but also for the Middle East and Africa markets. If possible, we would also add some South Asian markets also,” LG Electronics India Managing Director Ki Wan Kim told PTI. He further said: “We are checking the market demands. We are flexible to invest and increase the production capacity to meet that increased market demand besides India and exports as well”. The company will also continue to invest to upgrade its existing manufacturing facilities at Pune and Noida and may also go for a new plant. “Geographically, India is very big. Not now but may be in four or five years, if we need, in the east side, if demand is big enough,” said Kim. However, he also added that although there are “no specific plans but five or six years later, it may be a pillar of investment”.

LG India is encouraging its other global units, which are shifting away from China, as it has not remained very cost competitive, to source more from India. “We are internally studying, like once China was our manufacturing hub for the global market, but they are losing competitiveness and so we are shifting to countries mainly to Vietnam. But, I am also inviting them to India (LG Global),” said Kim. He further said: “I personally keep asking them to check the possibility for some components… So, internally we are bidding and competing like this”. Presently LG exports up to 10 per cent of its total production from here, which is mainly to Middle-East and Africa, Kim added. “I Know India’s potential and that’s why I am expecting the Indian to be more respective to attract,” he said. LG is also increasing localisation of the components and is investing in it. “Our local production percentage is more than 95 per cent and we are ready for 100 per cent but availability of some components is still an issues,” he said, adding that the company has tried to maximise the localised component production.

Kim further said: “If there is not availability of the local components, We have invested in that”. For instance compressor, which is a key component for refrigerator, air conditioner and washing machines, LG is manufacturing at its Noida plant. “We would be more localised and we are investing to produce the PCB (printed circuit board) here. Normally, we use to import PCB from Korea for compressors,” he said, adding “we are a pure make-in-India company”. LG Electronics India, which had completed 20 years in India in 2017, would continue to offer latest technology to the Indian consumers. “We would keep offering new technologies to the Indian customers for their benefits and enhance their lifestyle,” Kim added.

Follow us on
Latest News
School fee disputes ‘virtually resolved’, Cal HC disposes of petitions
All party meet ‘rejects’ Constitutional Amendment providing 10 per cent quota to EWS
MCD polls: BJP attacks Arvind Kejriwal after former minister Gautam named in AAP’s star campaigners’ list
Gujarat elections 2022: BJP releases second list of candidates, 166 names announced so far
The front of pack labelling draft regulation is not a healthy affair at all for consumers
How India’s MSME landscape can be better equipped to transition to a greener future
Collaborative philanthropy to solve for women entrepreneurs
Photos
In Pics: Delhi turns into a gas chamber! AQI swings between very poor and severe categories; Health experts worried
2 days agoNovember 11, 2022
Lunar Eclipse 2022: Did you get a glimpse of Chandra Grahan? This is how the Moon appeared in different parts of the world
4 days agoNovember 8, 2022
Happy Guru Nanak Jayanti! A festive look into the celebrations from across the nation
4 days agoNovember 8, 2022
Read More
×
GIFT-IFSC an attractive entry point for India says its chairman Srinivas
What does cash flow-based lending mean for the future of underwriting credit for MSMEs
India’s 500GW energy target by 2030 to get bolstered with aluminium extrusion
How SaaS industry is impacting the Indian economy
LIC profit zooms 11x; net premium up 27%
Delhivery narrows loss to Rs 254 cr