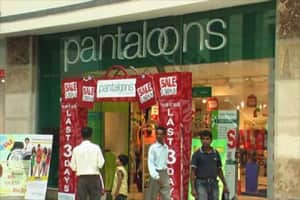 Future Group’s CEO Kishore Biyani, who three years ago sold his majority stake in Pantaloons Fashion Retail to the AV Birla Group, is now considering offfloading the remaining 14% to pare down the group’s debt. Biyani holds the residual stake through Future Corporate Resources. When contacted, Biyani neither confirmed not denied the development by just stating, “Let’s see”.

Going by the last closing price of the Pantaloons Fashion scrip, the remaining stake would be around R154 crore. In 2012, he sold his majority stake in the company for R1,600 crore to the AV Birla Group in an effort to reduce his debt which at that point of time stood at R5,800. Last year, Biyani sold another 5% stake to Aditya Birla Nuvo, which took the AV Birla Group’s stake in the company to 72.62%.