The government has given the initial no objection certificate to a Kerala-based company to operate sea planes, Union minister Jayant Sinha said today. 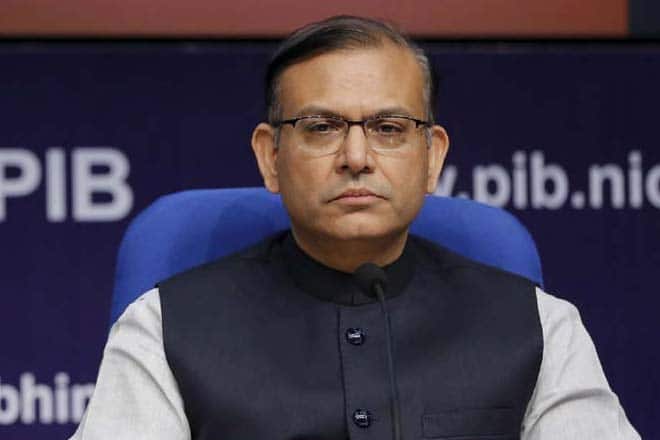 In another written reply, Sinha said the Directorate General of Civil Aviation (DGCA) has not granted permission for wide-bodied aircraft operations from the Calicut airport due to safety reasons as the length of runway is inadequate. (PTI)

The government has given the initial no objection certificate to a Kerala-based company to operate sea planes, Union minister Jayant Sinha said today. “Initial no objection certificate has been granted to Sea Bird Seaplane Pvt Ltd, a Cochin-based company, to operate non- scheduled air transport service with sea plane Quest Kodiak 100 type of aircraft,” the minister of state for civil aviation told the Lok Sabha in a written reply. He was responding to a query on whether sea plane service is to start shortly between Kochi and Lakshadweep.

Generally, sea planes are aircraft that can take off as well as land on water. Sinha said the applicant operator needs to complete the certification process to obtain Air Operator Permit following which it can “undertake operations from any waterdrome in the country with due approval from authorities concerned”. To a query about other places where the government proposes to commence sea plane services, the minister said there is no such proposal.

With respect to strengthening infrastructure at airports, including in Lucknow, the minister said air traffic growth has put some pressure on aerodromes. Regarding the Lucknow airport, Sinha, in a separate written reply, said, “project management consultant has been awarded for expansion of existing terminal building for an estimated cost of Rs 880 crore”. Responding to a query, Sinha said the construction work for an airport at Kannur, Kerala, has been completed at a cost of around Rs 1,892 crore and trial landing has also been conducted.

“The existing infrastructure facilities at airports are sufficient for handling existing air traffic in the country. The existing annual handling capacity at Indian airports is 283 million passengers as against the demand of 265 million passengers during 2016-17,” he said in another written reply.
The civil aviation ministry has granted in-principle approval to the setting up of 18 green field airports, including at Mopa (Goa), Pakyong (Sikkim) and Karaikal (Puducherry).