The Narendra Modi government had, in November, approved reservation norms for mandatory use of hessian sacks in packaging for the jute year 2021-22. 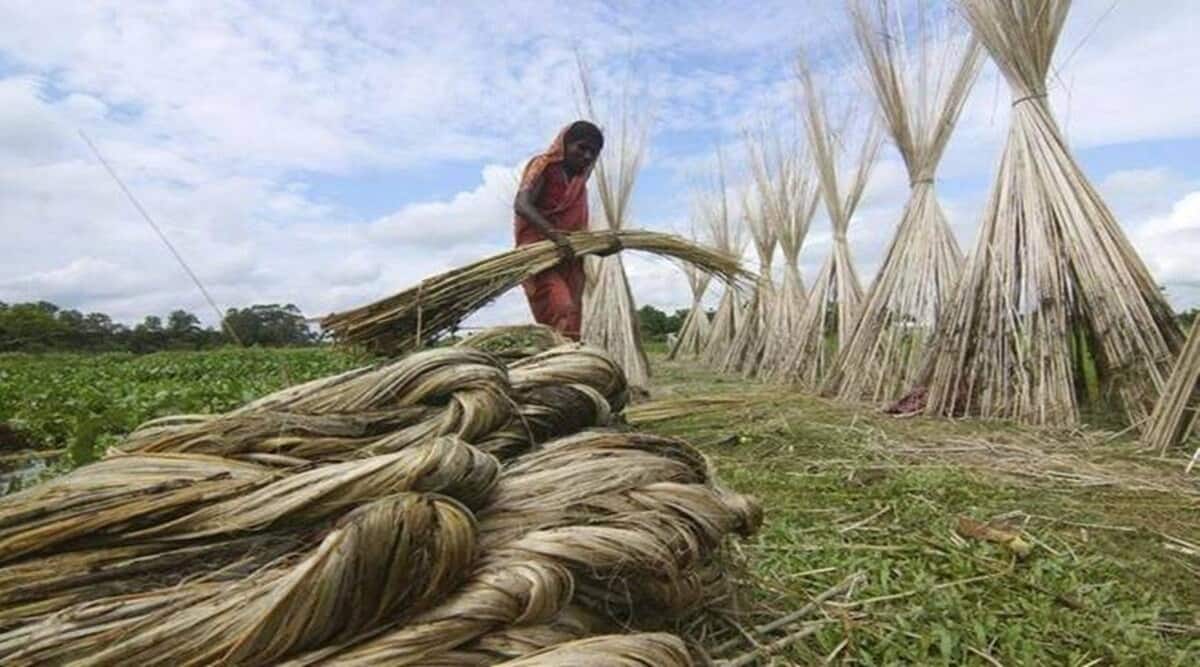 "The PM and the CM have extended full support but the problem is with the ceiling price of raw jute which is the major bottleneck to increase production of the packaging material," a miller said on condition of anonymity.

The jute sector has suffered a notional loss of Rs 1,500 crore due to dilution of 4.81 lakh bales of hessian bag orders in favour of plastic materials for foodgrain packaging during the ongoing season, industry sources said on Sunday.

The dilution was witnessed despite the support of the Centre and the Mamata Banerjee government in West Bengal, a major jute producing state, they said.
“In November and December, there was a dilution of 4.8 lakh bales of jute bags as millers were not able to supply that quantity of packaging material. This resulted in an estimated loss of Rs 1,500 crore,” an industry source told PTI.

The Narendra Modi government had, in November, approved reservation norms for mandatory use of hessian sacks in packaging for the jute year 2021-22.
The norms provide for 100 per cent reservation of foodgrains and 20 per cent of sugar to be compulsorily packed in jute bags.
The Centre decided to protect the interest of domestic raw jute producers, after the West Bengal government had requested it not to dilute the mandatory packaging order, another industry source said.

However, the Standing Advisory Committee on packaging of foodgrains in jute bags had recommended dilution of the order.
“The PM and the CM have extended full support but the problem is with the ceiling price of raw jute which is the major bottleneck to increase production of the packaging material,” a miller said on condition of anonymity.

Elaborating on the problem that mills are facing, he said, the prevailing market price of raw jute is around Rs 7,200 per quintal, while the Jute Commissioner’s Office had imposed a ceiling price of Rs 6,500 per quintal for sourcing the raw material for mills.

“We are unable to procure the raw material at the fixed price, and thus production and supply of the hessian bags got hampered,” he said.
Jute mills were supposed to supply 2.50 lakh bales of bags in November and 2.31 lakh bales in December but they failed to do so as there was chaos in the market over fixing of raw jute price, the sources said.

The total annual purchase of jute bags by the Centre and the state agencies is around Rs 12,000 crore.

Currently, the running price of one bale of gunny bags (1 bale is equal to 500 jute bags) is around Rs 31,000.
Indian Jute Mills Association revised its supply commitment from 16.25 lakh bales to 13.5 lakh bales for Rabi marketing season 2022-23, as the raw material issues may further affect production of mills, the sources said.

The Jute Commissioner’s Office, however, has allayed fear of any crisis and pointed out that there is no shortfall in the production.
The government has already started buying jute bags for Rabi crops but there was a backlog of 3 lakh bales, which was supposed to be supplied for the Kharif season before November 1, an IJMA official said.

During the 2022-23 season, millers can supply up to 28.5 lakh bales, while the total annual jute bag requirement of the government will be around 45.88 lakh bales, of which 26.8 lakh bales are meant for rice and 19.08 lakh bales for wheat, they said.

According to an expert committee, the raw jute production is pegged at 85-90 lakh bales during the year. Jute mills are expected to consume 70 lakh bales, while industrial consumption would be around 10 lakh bales and exports are likely to be two lakh bales.