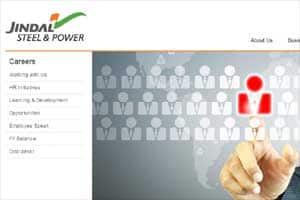 The Naveen Jindal-led firm had posted a net loss of Rs 519 crore in the year-ago period.

Total consolidated income was up by 7 per cent to Rs 4,874 crore in the January-March quarter of last fiscal from Rs 4,558 crore during the same quarter in 2014-15, the company said a statement today.

Also Read
Living on rent or buying a house? Do’s and Don’ts of investing in residential real estate: Manage Your Money
Real estate outlook for long term: Residential, Commercial, Warehousing, Data centres – where to invest?
KKR plans to exit Max Healthcare: Deal could be at 5% to existing share price
Non-alcoholic beverage makers on a high as demand grows

The quarter ending March 2016 saw good recovery of steel prices in the domestic market, which for the past 18 months had slumped to an all time low, the statement said.

Introduction of minimum import price (MIP) in the first week of February 2016 also helped to curb the rapidly growing imports at predatory prices, it added.

“The higher revenues in our standalone operations also pushed up our consolidated turnover in Q4 2015-16, which stood at Rs 4,874 crore… On back of higher sales and ongoing cost reductions, JSPL consolidated EBITDA in Q4 2015-16 grew to Rs 896 crore, up 63 per cent over last quarter,” it said.

The firm also announced that JSW Energy, a firm led by Naveen’s brother Sajjan Jindal, will acquire a 1,000 mw power plant from the heavily indebted JSPL for a total consideration of Rs 6,500 crore, with certain conditions.

“The valuation may vary based upon the achievement of PPAs as prescribed in the Agreement subject to minimum of Rs 4,000 crore plus the value of Net Current Assets as on the Closing Date,” it said.

JSPL has been looking to generate cash flows from select divestments to be in much stronger position to meet all its liabilities and emerge as financially strong and sustainable company in 2016-17, it added.

The market, however, did not react positively to the sale of JSPL’s power assets. JSPL shares fell by 3.48 per cent to close at Rs 66.60 apiece on the BSE.

The company announced financial results after the market close.

On outlook, JSPL said with steel prices looking up in recent times on the back of rise in global steel prices and government’s support through MIP, the firm is looking to improve its net sales realisation substantially during this fiscal.

In power sector, JSPL expects the demand to pick up, both in short term and long term markets.