Recording of court proceedings is illegal and the government has sought criminal contempt of court action for abuse of process and obstructing the course of justice. 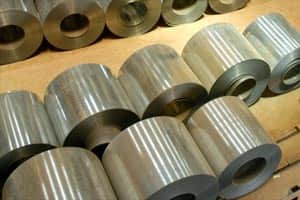 Jindal Steel and Power Ltd informed the Delhi High court that they had “thrown out” a senior employee of the company, who had been caught recording court proceedings on his phone during a hearing in the coal block cases in the last week of March.

The submission was made by JSPL counsel Kapil Sibal during the brief hearing on a contempt of court plea moved by Coal Ministry against JSPL Director Naveen Jindal and the employee. The court of Justice Badar Durrez Ahmed and Justice Sanjeev Sachdeva also called for an “unconditional apology” from the employee and from JSPL, though no orders were issued in this regard. The court will now hear the contempt case on May 7.

On March 27, the court of Justice Badar Durrez Ahmed and Justice Sanjeev Sachdeva had caught a man recording the court proceedings during a hearing on the petitions filed by JSPL. The court had pulled up the man for recording court proceedings and had raised security concerns when he refused to identify himself, claiming that he was a “businessman” who had entered the court without a valid pass.

The court had then called for the security in charge of Delhi High court premises and the matter had been referred to the police. The man was later identified as Rajesh Sharma, General Manager with JSPL.

Recording of court proceedings is illegal and the government has sought criminal contempt of court action for abuse of process and obstructing the course of justice.

The Coal Ministry in its application has called for contempt of court action against Sharma and JSPL Director Naveen Jindal on grounds that the recording had been done under “direct instructions” by Jindal, who had “chosen to remain a silent spectator” during the recording.

The government has also alleged that since Sharma had been caught recording the proceedings in the third hearing, it was “likely” that the other hearings had also been recorded.