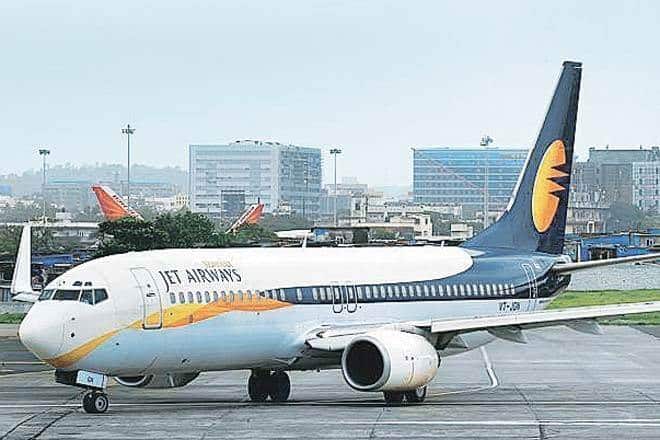 Most of Jet’s erstwhile domestic slots have been re-allocated to other carriers till March 2020 after the airline was grounded eight months ago.

Two more entities have expressed early interest in Jet Airways, the company’s resolution professional, Ashish Chhawchharia, told the National Company Law Tribunal (NCLT) on Tuesday. The Committee of Creditors (CoC) of Jet Airways on Tuesday in-principle agreed to formally call for fresh expressions-of-interest. So far, the Colombian Synergy Group was the only one in talks to revive the grounded airline.

“The group’s draft business plan is not compliant with the Corporate Insolvency Resolution Process. We will need a final resolution plan and further commitments from Synergy Group. Their interest is conditional on assurance on Heathrow, Amsterdam and India slots, which the CoC cannot give. The two other parties only expressed their interest two days ago. Instead of extending the time period just for this one group, the CoC decided to call for fresh bids. Final decision is expected by Saturday,” a person aware of the developments said.

The Synergy Group will now have to put in a fresh EoI during the next round.

Among the two new players, one is an Indian entity backed by a UK-based investor and the other is a fund based in West Asia, the person said.

Meanwhile, senior officials of ministry of civil aviation (MoCA) and Directorate General of Civil Aviation (DGCA) told the tribunal that the government will “positively consider” any business plan for Jet Airways. “If slots are not used, they are perishable and the public gets inconvenienced. Whenever they (Synergy Group) give a confirmed plan, certainly we are open to examining that,” Usha Padhee, joint secretary, MoCA, told NCLT.

Representatives from Colombian Synergy Group, which has been in talks with the lenders to invest in the grounded airline, will meet the two-member bench of the Mumbai NCLT on Thursday. The bench had sought the group’s appearance before court to assess its seriousness about bidding of Jet Airways.

Most of Jet’s erstwhile domestic slots have been re-allocated to other carriers till March 2020 after the airline was grounded eight months ago. Some of them have been allotted to Air India till October 2020.

The RP on Tuesday told the bench that Synergy Group last week presented a draft business plan. The CoC also discussed giving more time to the Synergy Group to firm up their plans. FE had earlier reported that the group wanted further clarity on Jet’s erstwhile slots, specifically those in the London Heathrow Airport, before finalising its business plan.

Meanwhile, the RP is also trying to resolve the issue with six of the Jet’s aircraft over which the EXIM bank currently holds a charge. Sources said, the Synergy Group also wanted more clarity on these aircraft before putting in a bid.

The beleaguered airline was admitted for insolvency on June 20. The airline was grounded on April 17, after lenders refused to provide emergency funding. The airline has so far received claims worth Rs. 36,090 crore, of which Rs. 14,640 crore have been admitted as of October 20.