In the first round of insolvency proceeding, the Rs 7,350-crore bid of Lakshadweep, part of Suraksha Group, was rejected by lenders. The CoC had rejected the bids of Suraksha Realty and NBCC in the second round held in May-June 2019. 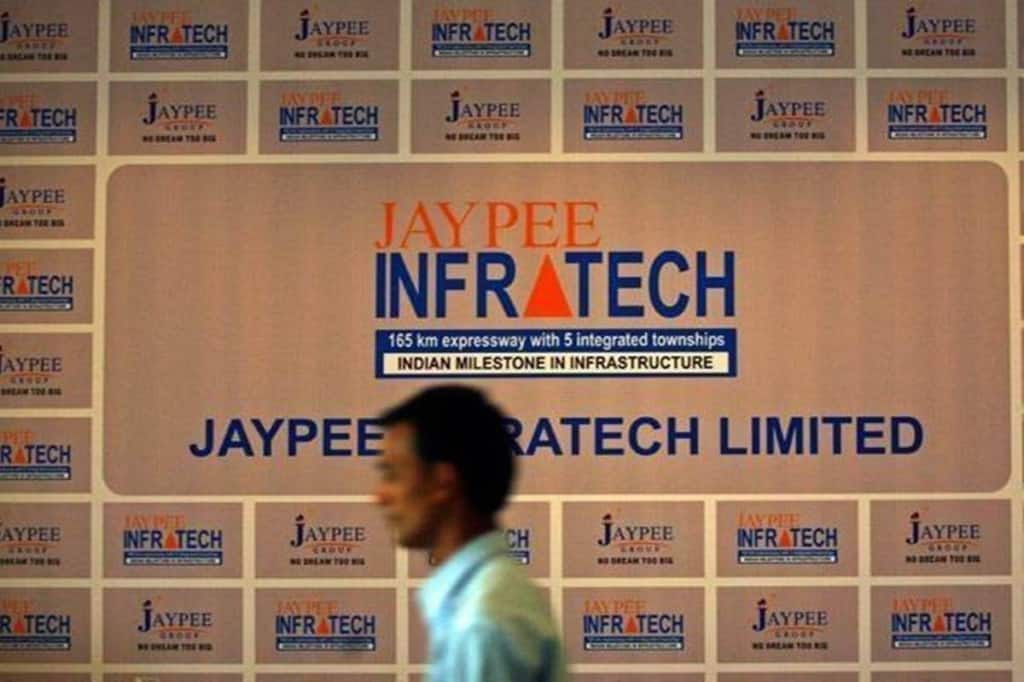 "… by declaring the NBCC plan as non-compliant, you have exceeded the jurisdiction beyond what is laid down by the Supreme Court," NBCC said in the letter to the IRP.

Days after rejection of its bid to buy Jaypee Infratech Ltd (JIL), state-owned NBCC has questioned the jurisdiction of the interim resolution professional in submitting that the offer was non-compliant with the insolvency law and demanded that it should be put to vote.

Asserting that the offer is compliant, NBCC in a letter to the Interim Resolution Professional (IRP) also said the company is fully aware of its responsibilities to be compliant with applicable law in its deeds and actions.

On May 20, the Committee of Creditors (CoC) decided to put on vote only Suraksha Group’s bid for JIL. NBCC’s offer was rejected on the grounds that it was non-compliant with provisions related to treatment of dissenting financial creditors under the Insolvency and Bankruptcy Code (IBC).

Also Read
Why Bisleri is a good fit for the Tatas
Paytm’s 75% slump is world’s worst for large IPOs in a decade
Mukesh Ambani’s daughter blessed with twins
Telcos’ AGR up 3.5% in April-June; BSNL gains most

The voting on the Suraksha group’s offer is scheduled from May 24 to 27.

Against this backdrop, NBCC has written a letter to JIL’s IRP Anuj Jain protesting against the CoC decision and said it might approach appropriate forum of law for recourse if its bid was not considered.

NBCC’s bid was rejected in the fourth round of bidding process for JIL and the successful bidder has to complete around 20,000 apartments.

The state-owned company has said the IRP exceeded his jurisdiction and also wrongly interpreted the laws.

“… by declaring the NBCC plan as non-compliant, you have exceeded the jurisdiction beyond what is laid down by the Supreme Court,” NBCC said in the letter to the IRP.

According to the company, the role of the IRP is merely to assist the CoC and not to decide whether the resolution plan does or does not contravene the provisions of law.

Earlier, sources had said that NBCC’s offer was declared as non-compliant. The decision was based on the IRP’s report, which stated that the offer was non-compliant with certain provisions of the IBC and an order of the Supreme Court, they had said.

As per the IRP’s report, NBCC’s proposals to offer NCDs (non-convertible debentures) to dissenting financial creditors for payment of liquidation value and also include ‘Guarantee Security Interest’ as well as ‘Promoter Security Interest’ are non-compliant with the provisions of the IBC.

Along with the letter, NBCC has submitted further clarifications through an addendum to address all the issues raised by representatives of banks and homebuyers as members of the CoC.

Stating that it is a listed navratna company and holds high standards of corporate governance, NBCC said it is fully aware of its responsibilities to be compliant with applicable law in its deeds and actions.

“Hence, in pursuance of the clarifications, mitigations and stimulus asked for by the CoC, we have redressed our plan by adequately addressing the reservations raised at the virtual CoC meeting and hence it should be considered for voting by the CoC,” the letter said.

NBCC expressly reserve its right to take recourse required, if any, before the appropriate forum of law as and when necessary, as per the letter.

Further, the company said the creditors have been continuously holding discussions on its resolution plan and they even asked for extra stimulus.

“Towards the conclusion of the CoC meeting, you made a statement that NBCC plan is non-compliant as per applicable law and the Supreme Court judgements and no further opportunity of revision shall be given to NBCC,” the company said, adding that such a statement is “not tenable” under the provisions of the IBC.

The public sector firm also said that its offer has not been considered on merit and has been declared as non-compliant, and charged that the move demonstrates the “lack of objectivity” on the IRP’s professional dealings.

The public sector firm said its plan provides a specific manner and provision for dealing with dissenting financial creditors to the extent of 34 per cent of the CoC.

“… your conduct as reflected in your report and email does not appear to be in consonance with the judgement of the Hon’ble Supreme Court as the Hon’ble Court has given you a wholistic task of acting as an enabler in the resolution process of JIL, rather than finding ways and means in which resolution plans could not be considered by the CoC,” the letter said.

This is the fourth round of the bidding process in the matter of JIL bankruptcy case. In March this year, the Supreme Court ordered that only bids from NBCC and Suraksha group should be considered.

The apex court had also directed that the resolution process be completed in 45 days. The deadline lapsed on May 8 and an application has been filed to extend the timeline to find the buyer for JIL.

JIL went into the insolvency process in August 2017 after the National Company Law Tribunal (NCLT) admitted an application by an IDBI Bank-led consortium.

In the first round of insolvency proceeding, the Rs 7,350-crore bid of Lakshadweep, part of Suraksha Group, was rejected by lenders. The CoC had rejected the bids of Suraksha Realty and NBCC in the second round held in May-June 2019.

The matter reached the National Company Law Appellate Tribunal (NCLAT) and then the apex court.

In November 2019, the Supreme Court directed the completion of JIL insolvency process within 90 days and ordered that the revised bids to be invited only from NBCC and Suraksha.

In December 2019, the CoC, comprising 13 banks and around 21,000 homebuyers, approved the resolution plan of NBCC with a 97.36 per cent vote in favour during the third round of the bidding process.

Later in March 2020, NBCC had got an approval from the NCLT to acquire JIL. Homebuyers’ claim amounting to Rs 13,364 crore and lenders’ claims worth Rs 9,783 crore were admitted last year.

However, the order was challenged before the National Company Law Appellate Tribunal (NCLAT) and later in the Supreme Court, which in March this year said that fresh bids should be invited only from NBCC and Suraksha.