Export-oriented brass parts units in Jamnagar are getting repeat orders from developed countries as a result of improved quality of their manufactured products, said Lakhabhai Keshwala, president of Jamnagar Factory Owners Association. 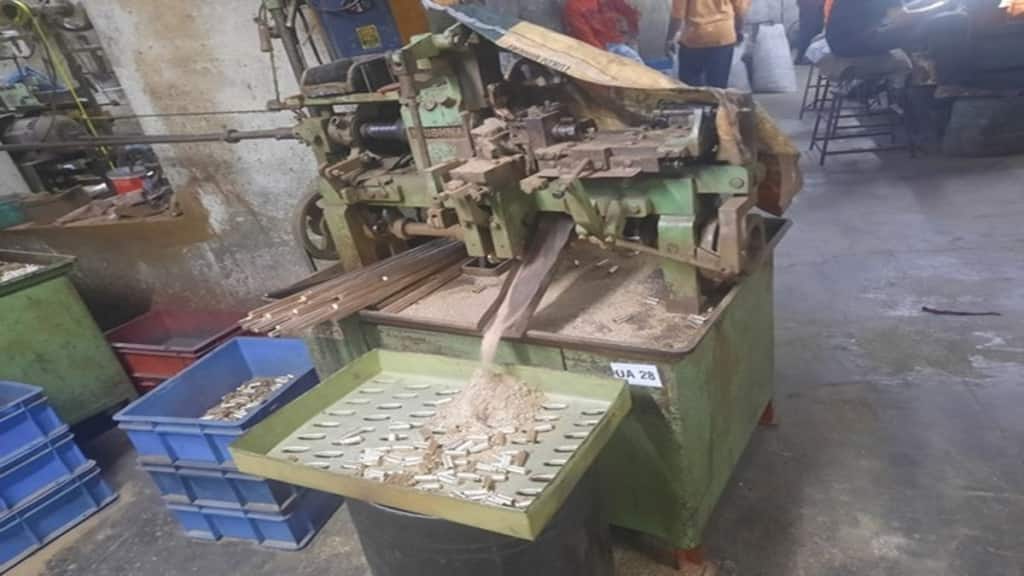 However, with modernisation, the same export making units are attracting buyers from European, Australian and American markets. (ANI Image)

Export-oriented brass parts units in Jamnagar are getting repeat orders from developed countries as a result of improved quality of their manufactured products, said Lakhabhai Keshwala, president of Jamnagar Factory Owners Association.

“Over the past 2-3 years, many export making brass part units have upgraded with the induction of state-of-the-art Computer Numerical Control (CNC) and Vertical Machine Centre (VMC) machines. These machines are extremely helpful in producing almost zero-defect brass parts. Now, we are able to match the international standard at far lower prices than our competitors in other countries,” he added.

It may be recalled that just five years back, brass parts units had to import CNC and VMC machines from countries like Germany. These imported machines used to cost around Rs 80 lakh each. Now, similar machines are being manufactured in India which are costing around Rs 15-20 lakh. “Brass parts units in Jamnagar are fast upgrading with Made-in-India CNC and VMC machines being produced in Rajkot, Bengaluru, Pune and Delhi. Due to availability of locally made machines, the upgradation process at brass parts clusters becomes extremely fast,” says Keshwala.

Earlier, exports from the cluster were limited to South Asian, African and West Asian countries. However, with modernisation, the same export making units are attracting buyers from European, Australian and American markets.

There are more than 7,000 brass-parts manufacturing units, mostly MSMEs in and around Jamnagar. Following the outbreak of the Russia-Ukraine war, brass parts makers in Jamnagar witnessed difficulties in importing raw-material (brass scrap). The cluster solely depends upon import of brass scrap and lead – the two important ingredients they require to make intricate brass parts. Nearly, 80% of these raw-materials are being sourced from the USA and around 20% are being imported from African countries.

The domestic market, however, continues to remain volatile. According to Keshwala, over the past couple of months, though sourcing of raw material has became normal but still there is high volatility in prices. In the past one month, prices of brass scrap have fallen from Rs 560 per kg to Rs 425 per kg. Due to volatility, domestic clients are not giving orders in anticipation of further dip in brass scrap prices. The Jamnagar brass parts cluster consumes nearly 8,000 tonne of brass scrap monthly. The cluster is supplying intricately made brass parts to auto, electric, aerospace, stationary, hardware and other sectors within India as well as more than 40 countries across the globe. More than four lakh people have been employed with the cluster. Of the total production of brass parts, nearly 25% is being exported. Some of the leading companies, including Hero Honda, Maruti Udyog Limited (MUL), Atlas Cycles, Prestige Cooker, Bajaj Auto, Anchor Switches and others are the major buyers from the cluster.