Alibaba Group Holding Ltd. reported its fastest pace of growth in more than four years by wringing more revenue from newer arenas such as cloud computing and entertainment, avoiding the disappointments that hit rival tech giants. 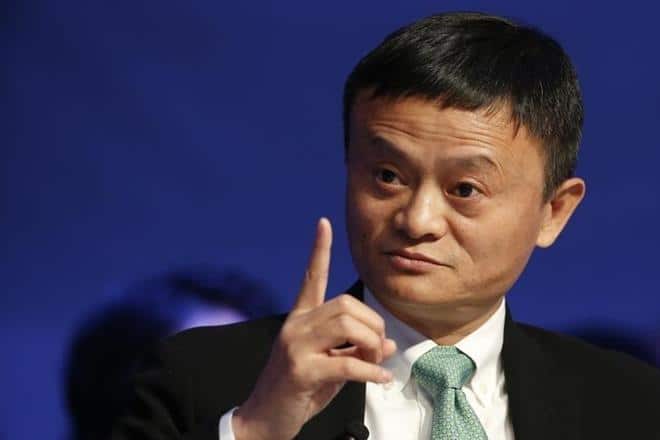 Shares of Alibaba rose as much as 4.9 percent then later fell to close 3.2 percent lower in New York. (Photo: Reuters)

Alibaba Group Holding Ltd. reported its fastest pace of growth in more than four years by wringing more revenue from newer arenas such as cloud computing and entertainment, avoiding the disappointments that hit rival tech giants.

Shares of Alibaba rose as much as 4.9 percent then later fell to close 3.2 percent lower in New York. While revenue growth was strong, profit declined with a surge in compensation expenses and the company announced more than $3 billion in new funding for its newly acquired food delivery arm. Broader trade concerns also loomed over the markets.

“It is clear that nobody wins in a trade war,” Vice Chairman Joseph Tsai said on the earnings call with analysts. “Alibaba’s business is focused on capturing the Chinese domestic consumption opportunity and less reliant on Chinese exports.”

Revenue at China’s biggest e-commerce company climbed 61 percent to 80.9 billion yuan ($11.8 billion) in the three months ended June, matching the average estimate. Alibaba’s mounting spending, such as on acquisitions and expanding its Hema supermarket chain, is hurting margins though. Adjusted earnings per share of 8.04 yuan fell short of the 8.19 yuan estimate.

“A lot of growth is coming through acquisitions,” Kim Eng Securities analyst Mitchell Kim said. “With Alibaba investing in retail and having outside investors getting in, that could establish the valuation that investors need to account for.”

Net income slid 41 percent to 8.7 billion yuan, though that’s after taking into account an increase in the valuation of affiliate Ant Financial, which boosted the expense of shares awarded to employees. That topped the 7.6 billion yuan projected.

“We remain confident on the company’s revenue growth given its diversified product offerings,” Mae Huang, an analyst at SWS Research Co., said in a report. “Despite the short-term costs incurred by the company, we believe Alibaba is building a stronger ecosystem.”

Alibaba’s been busy expanding its Hema supermarket chain and now operates 35 of those stores — a mix of sit-down dining and groceries plus delivery hub. Much cash also is flowing into China’s $1.3 trillion food retail and services industry, where it’s trying to hold its own against delivery giant and super-app Meituan. Alibaba said Thursday it’s teaming with SoftBank to put more than $3 billion into Ele.me. Alibaba now intends to merge Ele.me with Koubei, another unit focused on connecting restaurants to the internet.

Ma is also spearheading an expensive foray into the $4 trillion retail sector. Alibaba acquired a department store chain with 29 stores and 17 shopping malls last year and also bought a slice of China’s largest hypermarket chain. It’s been shelling out on content for its Youku video-streaming service to stay abreast of Tencent and Baidu Inc. And heavy investment in datacenters for its cloud computing arm helped almost double revenue in that division to 4.7 billion yuan.

However, those burgeoning businesses may be helping mask a slowdown in Alibaba’s bread-and-butter business, said Steven Zhu, an analyst with Pacific Epoch.

Customer management revenue — the lucrative fees it charges for helping merchants with marketing — grew just 26 percent in the quarter, from 35 percent in the previous three months. That reflects how rivals such as JD.com Inc. and Pinduoduo Inc. are siphoning off Alibaba’s merchants and may affect the bottom line in coming quarters, Zhu said.