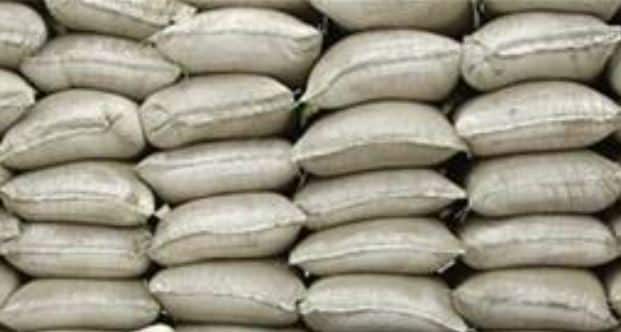 The interested bidder should have a minimum net-worth of Rs 250 crore. Photo-Reuters/Representational

The union territory administration on Sunday approved the disinvestment of Jammu and Kashmir Cements Limited (JKCL) as the company was not able to sustain and manage its finances properly, an official spokesman said here.After exploring all possibilities for revival of JKCL, the Administrative Council (AC), which met here under the chairmanship of the Lieutenant Governor Manoj Sinha, approved the proposal for its disinvestment, the spokesman said.

Rajeev Rai Bhatnagar, Advisor to the Lieutenant Governor and Arun Kumar Mehta, Chief Secretary, Jammu and Kashmir, attended the meeting. The disinvestment was necessitated as the company was not able to sustain and manage its finances properly and maintain efficiencies of operations, the spokesman said.The company was also not able to fully exploit its potential and sustain stiff competition in the market despite having dedicated limestone mining leases at its disposal, he said.Despite enjoying economies of scale, the company failed to show requisite growth and generate cash flows and operating margins during the last more than two decades, the spokesman said.

The company, despite having assured demand from the government against advance payments, has not grown even marginally over the long period of time and has rather shown a sharp decline in its production and revenues from 2012-13 onwards, he said.The spokesman said managerial and financial inefficiencies, coupled with failure to exploit locational advantage, has made the company defunct, further depreciating plant and machinery without any resultant productivity.The company had not only accumulated losses, but was also burdened with liabilities on account of salaries and outstanding wages and payments in addition to default in statutory deductions like GST, he added.

In October last year the Administrative Council had given in-principle approval for complete sale of JK Cements Limited by exploring the option of ascending e-auction and an authorisation to utilise 240 kanals of land adjacent to Khrew Plant at Industrial Estate, the spokesman said.The interested bidder should have a minimum net-worth of Rs 250 crore. The bidder should have a net positive EBITDA in at least three out of the immediately preceding five financial years.Eligible entities are permitted to form a consortium to participate in the transaction. The maximum number of members, including the lead member, can be four.Key principles and actions underlying the recommended disinvestment modality includes 100 per cent ownership in JKCL in favour of a private company/consortium, he said.Further, all the assets of JKCL on an as-is-where-is basis, along with approvals and licenses (including mining license) will be transferred as part of the share purchase sale.It was further decided that the Government of Jammu and Kashmir will take over all employees of JKCL and the acquirer will be responsible for staffing requirements to get the plant operational, the spokesman said.

Moreover, all legacy and material liabilities will be carved out and assigned to the Union territory, he added. All the pre-bid requirements, including renewal of lease in favour of the corporation, power availability, finalisation of accounts and their audits etc shall be completed before the start of the auction process.While disinvesting, it shall be ensured that the provisions of Mines and Minerals (Development and Regulation) Act, 1957 and rules framed thereunder are not violated in any case. It was also decided that the process of reverse auction will be adopted for the purpose of disinvestment, the spokesman said.The step was expedient as the company had turned defunct for more than two years. Attempts of revival of the company had failed in the absence of fund flow, he added.