ITC is working on plans to expand its presence in the personal care segment by leveraging its distribution infrastructure. 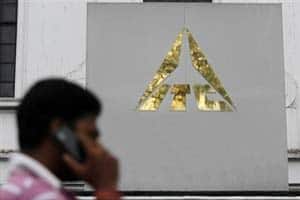 After acquiring Johnson & Johnson’s brands Savlon and Shower-to-Shower, ITC is working on plans to expand its presence in the personal care segment by leveraging its distribution infrastructure.

With the acquisition of  Savlon, ITC now directly competes with Reckitt Benckiser’s  Dettol which has moved from antiseptic liquids into soaps, hand wash and hand sanitisers. ITC is now looking at brand extensions of Savlon (antiseptic liquid) to fight multinational competition in India.

With an 85% market share, Dettol currently leads the pack in the branded antiseptic segment. To sustain its leadership in this sector, RB India is betting big on increased penetration to reach out to a wider target audience. The company is currently working on plans to introduce low-priced units of its  flagship brand Dettol to drive penetration in tier-II and tier-III towns in India.

‘’As a part of our ‘Go-to-Market’ strategy, we are looking at increasing our distribution network to take our products to more towns and villages. As Dettol is an essential brand in our portfolio, it is bound to benefit from a stronger distribution network,” said an RB India spokesperson.

The spokesperson added that RB India will also drive penetration by creating relevance of ‘germ protection’ in the lives of consumers.’’Our priority is to increase RB’s reach in India. We will remain consistent to Dettol’s core positioning of ‘germ protection’,’’ he added.

Like RB India, Hindustan Unilever (HUL) is running a rural marketing campaign Khushiyon Ki Doli to promote its brand Lifebuoy which is positioned as ‘a soap that gives 100% more germ protection’.

Meanwhile, after clinching its first acquisition in the personal care products range, ITC is drawing up strategic plans to market its new brands.

On the company’s strategy, Sandeep Kaul, chief executive, ITC’s Personal Care Products Business, ITC, said, ‘’These acquired brands will provide us opportunities to grow and expand the existing consumer franchise by leveraging ITC’s institutional strengths in consumer insight and understanding, brand development and the extensive trade marketing and distribution infrastructure. ITC is open to acquisitions, provided they are synergistic with our  plans and strengthen ITC’s portfolio.’’

According to industry analysts, ITC’s Savlon will face a  tough competition from RB’s Dettol, which dominates the antiseptic category and is also among the top five soap brands in the country. “Savlon is a distant second to Dettol, and it will have a tough time to gain mind and market share,’’ said an industry analyst with a domestic brokerage firm in Mumbai.