Indus Towers CEO BS Shantharaju told FE that they have already started a pilot project in Coimbatore in Tamil Nadu, where street level towers have been deployed. 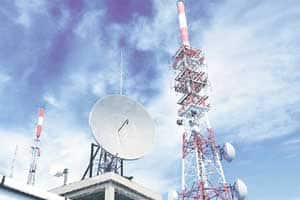 Telecom Regulatory Authority of India (Trai) had submitted recommendations for base price for spectrum in seven bands, including 700 Mhz band, which will be auctioned for the first time.

To check call drops, country’s largest tower company Indus Towers is in the process of upgrading its operations by installing street level towers, which are being placed on streetlight poles across cities and towns wherever there is an issue of network congestion.

Indus Towers CEO BS Shantharaju told FE that they have already started a pilot project in Coimbatore in Tamil Nadu, where street level towers have been deployed.

“We are also in the process of having similar set-ups in cities of Maharashtra and Gujarat. We would soon start one in Surat in Gujarat. Besides using street level infrastructure we would also continue to erect them on top of buildings and huge structures, as we have been largely doing till date. We will also be equipping this technique in streetlight poles in entire New Delhi Municipal Council area with 2G, 3G and 4G technologies,” said Shantharaju. Indus Towers had on Thursday announced Bimal Dayal, its chief operating officer as its chief executive officer (designate), who will take over from Shantharaju from the day he retires on March 31, 2016.

Indus Towers is a three way venture between Bharti Airtel, Vodafone India and Idea Cellular and has around 115,942 towers in its portfolio, with a tenancy ratio of 2.19.

Shantharaju said telecom companies are massively investing in network upgradation as they are rolling out fourth generation (4G) telecom services but much of the quality of those services will depend on the quality of networks.

Indus Towers is also expanding its tower base and is looking to acquire more towers, both domestically and internationally. “There is no fund constraint as we have a huge funding capacity. I believe there is a shortfall of 25%-30% of network penetration in towns and cities and we are working on that,” he added.