PepperTap set to close: Another nail in the coffin for India’s once-hot online grocery business

PepperTap will shut its operations across the country later this month following continued losses and shortage of funds to run its business. 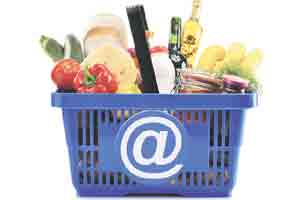 The closing down of Gurgaon-based hyperlocal delivery start-up PepperTap is a signal that the online grocery business, touted to be the hottest segment in the e-commerce space just about a year back, is witnessing a freeze.

PepperTap will shut its operations across the country later this month following continued losses and shortage of funds to run its business. The company has been in business for less than two years. However, PepperTap, owned by Nuvo Logistics, will continue to run the reverse logistics service for e-commerce marketplaces in the country. The logistics arm has a staff strength of about 1,000 employees. Nuvo Logistics posted a profit of R87 lakh in 2014-15 with a revenue of R19.5 crore, as per documents filed with the RoC.

Commenting on the development, Navneet Singh, CEO of PepperTap, told FE, “We were not really worried about the competition. But we did not have the confidence of being able to raise big rounds of funding. At the same time, we were in the negative gross margin business and we would have required more funds to continue with operations. It was a tough call for us and we had to take it.” He added that the company will lay off about 150 employees, retaining about 50 staff members, who will be transitioned to the logistics team.

The company, backed by online retailer Snapdeal and Venture Capital funds like Sequoia Capital, competes with rivals like Grofers, BigBasket, and Amazon (Kirana Now). PepperTap grew from $1 million gross merchandise value at the start of 2015-16 to $250 million run rate in December last year, clocking 20,000 transactions a day. The company had shut operations in eight cities earlier in February this year.

PepperTap had raised seed round funding of $1.2 million from Sequoia in November 2014 and Series A of $10 million from SAIF Partners and existing investors. In December, the company had snapped up $36 million in Series B round led by e-commerce behemoth Snapdeal, amongst others.

In February 2016, Flipkart had shut its grocery service ‘Nearby’ less than five months after the e-commerce company started it as an experiment in Bengaluru. Another on-demand specialist grocery player, Grofers, closed operations in nine cities recently.

* In February 2016, Flipkart shut its grocery service ‘Nearby’, less than five months after starting it as an experiment in Bengaluru
* In January 2016, Grofers shut down operations in nine cities
* Taxi-hailing firm Ola, which tried its luck at the online grocery and food delivery business in the middle of last year, closed its Ola Store and Ola Cafe verticals in March 2016
* In June 2015, Alibaba-backed Paytm pulled off its grocery app Paytm Zip within three months of its launch

Taxi-hailing firm Ola, which tried its luck at the online grocery and food delivery businesses in the middle of last year in three places—Bengaluru, Hyderabad and Delhi-NCR—shut down Ola Store and Ola Cafe verticals from March this year. Alibaba-backed Paytm, too, silently pulled off its grocery app Paytm Zip from app stores within three months of its launch in 2015. In October, Mumbai-based online convenience store LocalBanya “temporarily” suspended operations to “upgrade its technology and services”. So far, its website is yet to become functional. Only a year ago, things were super-hot for the business, with online grocery start-ups catching the fancy of several investors. While Bengaluru-based ZopNow, which sources products from supermarket chain HyperCity, had raised $10 million (around R63 crore) from Dragoneer Investment Group, Accel Partners, Qual-Comm Ventures and Times Internet in April 2015, Grofers had raised a funding of $35 million (around R222 crore) from Sequoia Capital and Tiger Global around the same time.

Clearly, the hyper-local market has proven to be a tough nut to crack for these start-ups. “Grocery is a very complex category from a supply-chain perspective. Being able to deliver a wide range of products, including a perishable range, managing same-day delivery and high fill rates is critical to customer satisfaction. Offline supply chains are not fully developed and hence riding on them does not deliver a great customer experience. This has led to the decimation of models based on them,” says Vipul Parekh, co-founder, BigBasket, an online grocery store.

Unlike most other e-grocers that are based on the hyper-local model, BigBasket sources and maintains its own inventory. The Bengaluru-based online company, founded in 2011, has had a stronghold on the online grocery segment with a warehouse-based model that guarantees control over customer experience. “We have an inventory-led model that allows us to control quality and the fill rate, and also offers the largest range in the business. We currently operate at 99.5% fill rate and 99% on-time delivery. We offer three differentiated delivery models (all inventory-led), which are aligned with our customer-buying preferences. As a result of this, we have seen significant growth in business even while other business models have perished,” Parekh adds. Commenting on the closure of operations in nine cities, Grofers co-founder Albinder Dhindsa says, “A few cities were part of our experimentation and we wanted to know how these markets respond to our offering. We are currently re-assessing our operations in these cities, and have temporarily shut down our services. Once we feel the time is right, we will restart our operations in these markets.