India’s information technology (IT) industry is likely to be burdened with more paperwork and come under greater scrutiny on its use of H-1B visas, with the US government unveiling new regulations on Thursday that take effect immediately. 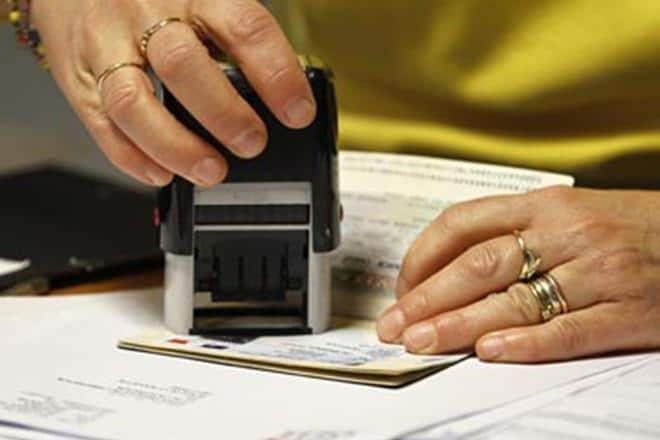 Without the H-4 work authorisation rule, the spouses of H-1B high-skilled employees would be unable to work legally and contribute financially to their households and communities

India’s information technology (IT) industry is likely to be burdened with more paperwork and come under greater scrutiny on its use of H-1B visas, with the US government unveiling new regulations on Thursday that take effect immediately. The US Citizenship and Immigration Services (USCIS) issued new guidelines on H-1B visas that relate to third-party worksites. A press statement from the agency said, “USCIS may request detailed documentation to ensure a legitimate employer-employee relationship is maintained while an employee is working at a third-party worksite.” According to USCIS, this latest decision aligns with US President Donald Trump’s “Buy American and Hire American” order, which is aimed at protecting jobs of US citizens and preventing abuse of H-1B visas. The new regulations have laid down exhaustive guidelines on the use of H-1B visas at third party worksites. The guidance says that in order for an H-1B petition involving a third-party worksite to be approved, the petitioner must show by a preponderance of evidence that the beneficiary will be employed in a speciality occupation and the employer will maintain an employer-employee relationship with the beneficiary for the duration of the requested validity period.

The new guidelines also state that when H-1B beneficiaries are placed at third-party worksites, the companies must demonstrate that they have specific and non-speculative qualifying assignments in a speciality occupation for that beneficiary for the entire time requested on the petition. Reacting to these developments, Nasscom, Indian IT industry’s trade body, said it is assessing the potential impact and will have more to say as it gathers more information. “However, initial perusal suggests that it applies to all third-party placements and not just those involving Indian or dependent companies. This will be an unnecessary and expensive paperwork burden that will not make much difference,” it said.

Also Read
Many tech patents for 6G available with Indian developers; India will lead in 6G: Ashwini Vaishnaw
Telecom market structure in India and role of BSNL
Day One of ONDC: Largely a hit and a few misses
Xiaomi says 84% of Rs 5,551 crore seized by ED was royalty payment to Qualcomm

The other area of concern is that under the new regulations, it is possible that the H-1B visa will be valid only till the period of the specific project. Earlier, such visas were issued for a period of three years and could be renewed for another three years. But now, say industry sources, it may be that if a project gets completed or is abandoned for any reason, and the professional is benched, not only will a renewal not happen, but even continued stay for the full three-year term may be disallowed. While this is not certain, as industry players are still studying the rules, a confirmation will spell a bigger blow to IT services companies.

Speaking on behalf of the industry, Nasscom reiterated that Indian IT companies have consistently followed the regulations governing H-1B visas in the US as shown in regular audits done on these firms, though it added, “Ultimately, this action seems to be at odds with the administration’s effort to reduce regulation and red tape.”
Indian IT companies are one of the largest beneficiaries of H-1B visas, as these work permits are crucial for them in executing their contracts in the US. The US gives out 65,000 H-1B visas annually, and large companies like Tata Consultancy Services (TCS), Wipro, Infosys and HCL Technologies are able to garner a significant number of these permits, which are given out through a lottery system.

Under the new regulations, applicants will have to show evidence of actual work assignments, which may include technical documentation, milestone tables, marketing analysis, cost-benefit analysis, brochures and funding documents. The letters will need to provide information such as a detailed description of the specialised duties the beneficiary will perform, the qualifications required to perform those duties, the duration of the job, salary or wages paid, hours worked, benefits, a detailed description of who will supervise the beneficiary and the beneficiary’s duties, and any other related evidence, USCIS said.

This latest decision could put further pressure on the Indian IT companies in the United States as they are already under attack from a few US lawmakers who want further curbs on H-1B visas and have introduced a few Bills to carry forward their agenda. According to Statista, Indians accounted for 82% of the H-1B visas granted in 2016. The presence of large Indian IT companies like TCS, Infosys and Wipro is significant in the US, though they have recently announced they would increase their local hiring. For example, Infosys has close to 20,000 people working in the US with over 14,000 of them on H-1B visas.

Wipro had 14,000 people in the US in FY17 but 50% of these employees are American citizens. Similarly, TCS has claimed that it has been recognised as a top employer in US in 2016 but did not share any detailed headcount numbers. However, in the recent past, there has been a drop in the number of H-1B visas procured by Indian IT companies.