India does not need any more coal-based power units till 2027: Central Electricity Authority 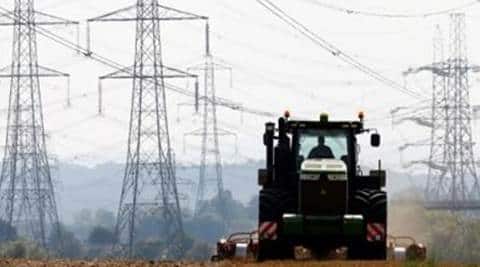 The toned down demand forecast will also make it easier for the country to meet the multilateral obligation to reduce its carbon footprint or emission intensity of the gross domestic product.(Reuters)

The country’s peak power demand at the end of the financial year 2021-22 will be 235 giga watt (GW), down 17% from the estimate made in 2012, the Central Electricity Authority (CEA) has said. With this revision, taking into account the lower-than-estimated economic growth in the five years to March 31 2017, the CEA reckons that the country wouldn’t need any more coal-based power stations, other than the 50-GW under-construction capacity, till 2027.

The revised estimates, provided in the draft national electricity plan, are also in view of the fact that many thermal power stations in the country are operating at plant load factor (PLF) far below 60%, the commercial viability threshold.

The toned down demand forecast will also make it easier for the country to meet the multilateral obligation to reduce its carbon footprint or emission intensity of the gross domestic product.

Thermal power producers FE spoke to agree that lower utilisation levels at their plants were likely to make it extremely difficult for them to make enough margins to pay for operational and interest costs. “If demand (for electricity) grows constantly at around 6-7% (CAGR), we would see improved PLFs and this might in turn help create fresh investments in the sector, notwithstanding the rapid capacity addition in the renewable space,” an official associated with a thermal power producer said. He, however, added that a lot would depend on how the economic growth will pick up in the next two-three years.

For April-December 2016 period, the peak demand was 160 GW, representing an annual growth of just 4%; and energy demand was 865 billion units (BUs), up 3.2%. The current demand is way below projected in the electricity plan survey (EPS) at the start of the 12th Plan. The actual demand expected at the end of FY17 as per the survey was 200 GW. It is now estimated that that the demand for FY 17 would be 1,160 BUs and 160 GW.

The country’s installed thermal capacity of nearly 210 GW has been dealt a double whammy of slow growth in demand and a surge in renewable energy capacity. As reported by FE earlier, since the power generated from renewable energy sources have a ‘must-run’ status, their contribution in meeting demand has grown quickly at the cost of thermal plants.

However, despite a bleak present and dire medium-term predictions, the short-term scenario is encouraging for thermal power producers. Although during the April-December 2016 period, electricity generation grew just 5.1%, December saw a growth of 6.1% in output, backed by a 7.8% increase in coal-based generation. This compares favourably with last year when the April-December growth was 4.5% and growth in December came in at 3.1%. After having touched an all-time low in August at 52%, the utilisation factor has also improved to 60% in December.

In the long-term, experts say, the base demand would come from currently unelectrified population, which is estimated to be nearly 200 million. Several electrified towns and villages continue to struggle for 24/7 electricity thus suppressing the actual demand. This demand would need a base load to be provided by thermal power plants. However, supplying round the clock power to this population is contingent on the state-owned power distribution companies (discoms), most of which are struggling for financial solvency. Success of UDAY, a scheme that aims to de-stress these discoms, would be instrumental in fixing a crucial link in the power chain.