India @75: Industry then and now

The new Industrial Development policy gave the public sector the responsibility for industrialising the country, leaving minimal space to the private sector. 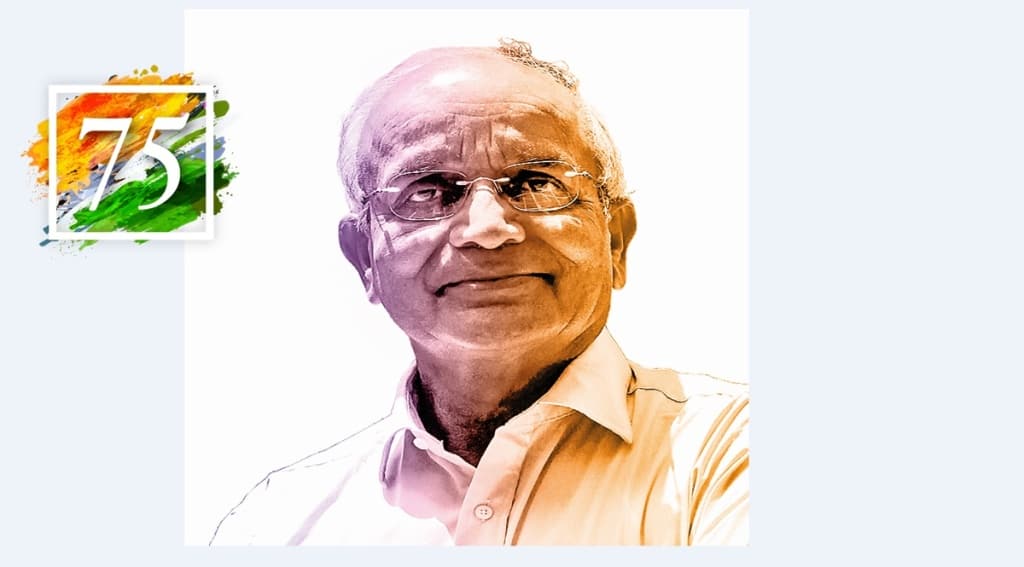 The public sector, by its constitutional restrictions, legal structure and the way the controls and supervision happen, hasn't been efficient, Bhargava said.

Prior to Independence, despite the discouraging stance of the British rulers, Indian entrepreneurs had ensured that the rate of growth of industry in the country was well above not only the world average, but that in many countries which subsequently became world leaders in manufacturing. We have all heard of outstanding entrepreneurs like Jamsetji Tata, GD Birla, Dalmia, Walchand Hirachand, Lala Sriram and others. It could reasonably have been expected that such people would, after we became free, lead to the rapid industrialisation of the country. What happened was very different. The new Industrial Development policy gave the public sector the responsibility for industrialising the country, leaving minimal space to the private sector.

Pursuant to the industrial policy several large public sector corporations were established in the period till 1991. The State also owned and managed airlines, telecommunications, banking, insurance and the Railways. The generation of electricity and its transmission and distribution was in the hands of the State governments. Despite very large investments in these enterprises, manufacturing and industrial growth remained low. There were scarcities of many products and services. The generation of internal resources by public sector enterprises, excluding the oil companies, was quite inadequate to fund growth or the development of technology. Products tended to become obsolete and quality levels fell below international levels. Several enterprises survived only because of annual government support from tax revenues.

The private sector, because of the rigid controls, did not contribute much to the growth rate of industry. Lack of competition and growth opportunities led to quality and technology deteriorating, and customers suffered. Management skills were diverted to optimising profits using the political and licensing system, as well as finding ways of evading taxes and generating cash money from companies. India became known as a country where doing business was very difficult.
The first change came as a consequence of the tragic accident that ended the life of Sanjay Gandhi and led to the establishment of Maruti Udyog Limited, a joint venture between the Government of India and Suzuki of Japan. Consumers in India welcomed the introduction of modern technology and levels of quality and customer centricity not experienced before. Despite being a public enterprise, MUL became hugely successful and perceptions about manufacturing in India started to change. Cars were exported from India in 1988, something that was considered impossible by many. The economic liberalisation in 1991 led to MUL being the first public enterprise being privatised.

After 1991 new investments in establishing public enterprises virtually ceased and several sick enterprises were privatised. The movement in this direction soon lost steam as many of those in the ruling establishment had no trust in the private sector. Even though foreign investments in manufacturing were again permitted, and foreign companies were wooed by the government, results remained poor as little was done to make it easier to do business in India or make manufacturing globally competitive. In a few sectors, the government relaxed controls and allowed the private sector to perform. The auto sector grew rapidly, largely thanks to the component industry developed by MUL, and by 2018-19 India was the 4th largest car manufacturer in the world. The revolution in the telecom industry resulted in India having the lowest cost of telephony in the world and virtually every household being connected. Civil aviation saw a spurt in private airlines and rapid growth of air traffic. Other sectors to benefit from liberalisation included hospitality, health and banking. However, manufacturing growth in India did not rise appreciably as conditions for competitive manufacturing did not exist.

The next phase of change started in 2014. For the first time, the importance of competitive manufacturing and making it easier to do business was voiced, and actions taken, at the highest political levels. A spate of reforms was implemented and many legal obstacles to doing business were removed. Tax laws and taxation systems changes further helped to create a more competitive environment for manufacturing. The PLI scheme is attracting large foreign investments. India has moved up by 79 places in the World Banks ranking of countries by ease of doing business. The absence of a national political consensus on the adopted route to accelerate manufacturing growth led to the country moving slowly.

The recent global events have increased the opportunities for manufacturing in India to grow much faster and attract large foreign investments in this sector. At the same time, manufacturing and growth needs to be consistent with the need for inclusivity. Faster growth of manufacturing, and generation of employment will certainly be beneficial for all. However, evidence indicates that private sector industrial growth leads to increasing disparities of consumption between the rich and the poor. Business and industrial leaders should recognize the realities of the Indian democratic and social environment and adopt management styles that do not create more social pressures. A more inclusive management style is also likely to lead to higher productivity and greater competitiveness of industry-something that would take India forward during the next 25 years.