Intensifying its attack on the Trai for being a mute spectator to the gross violations committed by Reliance Jio Infocomm of all its regulatory orders, Bharti Airtel on Tuesday filed an additional affidavit in the TDSAT charging the regulator with killing competition in the sector just for the sake of one operator. 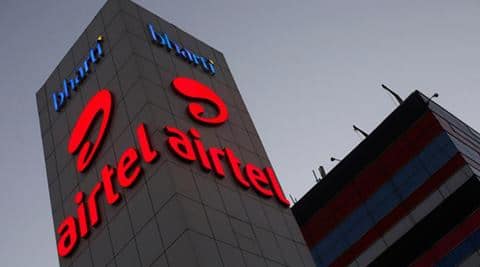 Bharti has the balance sheet strength to manage the headwinds while others do not have this luxury. (Reuters)

Intensifying its attack on the Telecom Regulatory Authority of India for being a mute spectator to the gross violations committed by Reliance Jio Infocomm of all its regulatory orders, Bharti Airtel on Tuesday filed an additional affidavit in the Telecom Disputes Settlement and Appellate Tribunal (TDSAT) charging the regulator with killing competition in the sector just for the sake of one operator.

Bharti had on December 23 moved TDSAT against Trai for not acting against Jio despite the latter violating its regulatory orders that restrain operators from offering free voice calls and providing its promotional plan beyond an initial 90-day period.

TDSAT has asked Trai to furnish a reply for which the latter has sought some time even as it has sent a notice to Jio. The next date for hearing the matter is February 1. Meanwhile, TDSAT has allowed Jio to also become party to the case so the the operator will also be filing its application on the matter.

Bharti has once again alleged that the free services being offered by Jio are predatory as they have been introduced only to kill competition rather than encourage it. It has said that the free voice services, given that they are being offered at below the interconnect usage charge (IUC) fixed by Trai itself, are intended to solely drive out competition.

“Trai has failed to even deal with the aspect as to how can unlimited free voice services be offered against its own tariff orders and regulations, wherein it has been repeatedly stated that IUC of 14 paise will serve as the floor,” the affidavit has said.

It has quoted Trai’s own consultation paper on IUC dated November 19, 2014, which in paragraph 1.3 states, “An IUC regime regulates the transfer of network costs between service providers and thus affects their relative scale and prosperity. Therefore, the IUC regime should also ensure that a service provider does not pass on the burden of its own tariff decision to other networks involved in completing the call…”

Bharti has said that free services are leading to tsunami-like traffic volume and consequently the outgoing/incoming traffic is manipulated to a staggering 20:1 from the normative 1:1 which is the standard assumption behind the IUC regime, as it presently exists. This essentially means that Jio’s customers need not hang up and both parties are talking without any charges. This is resulting in completely transferring the burden of Jio’s free services on to the other operators who are being made to do Jio’s back-end work and lose approximately 36 paise, being the difference between the outgoing rate and IUC rate for the diverted traffic. “The free services by different names by the said telecom service provider are thus nothing but a device to ensure that competition is wiped out eventually as the other TSPs will bleed to death,” Bharti has said.

In its original petition, Bharti has urged TDSAT to quash Trai’s October 20 order that stated that tariffs of Jio are IUC-compliant, non-predatory and non-discriminatory. It has also prayed that Jio’s promotional offer be stopped immediately as it is leading to imbalanced traffic and choking the networks of the incumbent operators.