Around 4-5 months back, BSNL had sought Rs 37,105 crore from the government over 3-4 years, either as a grant or equity, to fund its capital expenditure and servicing debt obligations. 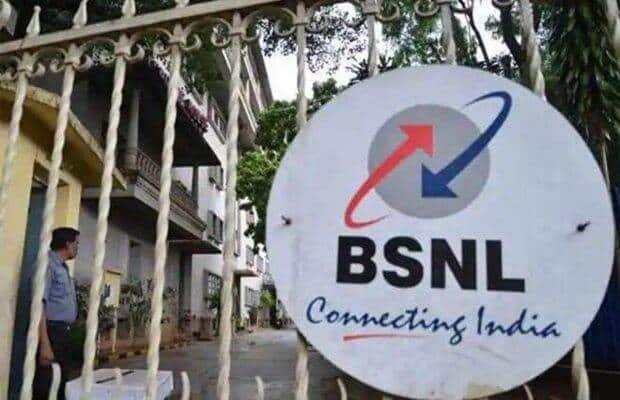 The government is considering providing a second, but smaller revival package to BSNL and preliminary talks have already begun in this regard. According to sources, the ailing state-owned firm, which was given a Rs 70,000-crore revival package in October 2019, is now seeking support for 4G rollout and settlement of adjusted gross revenue (AGR) dues owed by it, to clean up its balance sheet. The firm owes around Rs 5,000 crore as AGR dues.

Official sources said that a few preliminary meetings between the department of telecommunications (DoT) and BSNL officials have already taken place to chart out a revival strategy, which would address the issues raised by the company. Further, the government is looking at increasing the scope of BSNL by allocating the BharatNet project to it after winding up BBNL (Bharat Broadband Network). “In such a scenario, some kind of financial support needs to be given to BSNL. We are working on finalising the modalities around it,” an official told FE.

Around 4-5 months back, BSNL had sought Rs 37,105 crore from the government over 3-4 years, either as a grant or equity, to fund its capital expenditure and servicing debt obligations. The company had highlighted that its revenues have stagnated due to the hyper-competitive telecom market and absence of 4G services.

Further, due to policy of preference to Make in India (PMI) under the Atmanirbhar Bharat initiative of government, 4G services in BSNL will be launched through Indian core for which proof-of-concept (PoC) is being conducted for indigenous technology. To roll out the 4G network, BSNL plans to install 1 lakh indigenously developed sites, which will require Rs 12,500 crore, and Rs 5,000 crore is required for transmission network equipment, fiberisation, IT systems and other infrastructure to deliver quality services to customers.

Of the Rs 70,000-crore revival package provided in October 2019, the biggest chunk of Rs 29,937 crore was towards VRS for employees above 50 years of age. The amount included Rs 17,169 crore ex-gratia amount and Rs 12,768 crore towards pension, gratuity, and commutation.

After the revival package, revenues of the state-run firm have stabilised and there’s been a reduction of nearly Rs 2,500 crore in administrative and operating expenses in the past two years. The successful implementation of voluntary retirement scheme (VRS) has resulted in savings of Rs 7,000 crore in employee costs and reduction in manpower by 78,500.