The move is considered to be a big one for ArcelorMittal, which is trying to enter India after failing for a decade to set up plants at Odisha and Jharkhand. Its work on the USD 6.5 billion Karnataka plant is yet to take off. 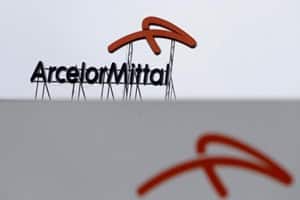 An Inter-Ministerial Group (IMG) will review the progress of the ArcelorMittal and state-run SAIL’s estimated Rs 5,000-crore joint venture (JV) this month.

In May last year, NRI billionaire Lakshmi Mittal-led ArcelorMittal and domestic steel giant SAIL inked a memorandum of understanding to look at the possibility of setting up an automotive steel plant in the country through a JV.

“The IMG meeting, which is scheduled for later this month, will review the progress of the automotive steel plant JV,” a senior government official said.

The ministerial group wants Steel Ministry to oversee the “expeditious formation of the JV” as well as help in the fast implementation of this project, he added.

Earlier this year Steel Minister Narendra Singh Tomar had told PTI: “We have signed an MoU with ArcelorMottal for a steel plant. We want to finalise the project this year. Work on it is progressing.”

The proposed JV will construct a cold rolling mill and other downstream finishing facilities in India, touted as one of the fastest-growing automotive markets in the world with production expected to double between 2014 and 2020, from 3.6 million units to 7.3 million units.

In an investor presentation in June 2015, ArcelorMittal had said that the proposed steel plant will come up at a major auto cluster in India.

India has four major auto clusters — Pune-Chakan belt in Maharashtra, in the outskirts of Chennai in Tamil Nadu, Sanad in Gujarat and the Gurgaon-Neemrana belt spread across Haryana and Rajasthan.

The world’s largest steel maker expects India to grow as a hub for automobile export manufacturing facilities to cater to the international market and establishing an automotive focused production presence in the country is a natural progression in executing its global automotive strategy.

The move is considered to be a big one for ArcelorMittal, which is trying to enter India after failing for a decade to set up plants at Odisha and Jharkhand. Its work on the USD 6.5 billion Karnataka plant is yet to take off.

Besides the JV, the IMG will also review the progress of ArcelorMittal’s integrated steel plant at Bellary, Karnataka, where the issue of allocation of captive iron ore mines is pending with the state government, another official said.

It will also take up the steel’s giant’s integrated steel plant proposal in Jharkhand, which is languishing due to Prospecting Licence application pending since 2011 for Karampada area, issue of land acquisition as well as forest and environment clearance, he added.