Furniture retailer IKEA Group expects to grow sales about 8-10 percent in its current financial year, leaving it on track to reach its target of hitting 50 billion euros ($56.9 billion) in 2020, its top executive said. 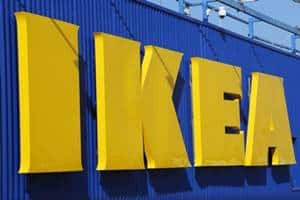 The company, which is working with around four lakh farmers in India through local partners under its better cotton initiative (BCI) programme, is sourcing almost one-third of its global requirements from India. (Reuters)

Furniture retailer IKEA Group expects to grow sales about 8-10 percent in its current financial year, leaving it on track to reach its target of hitting 50 billion euros ($56.9 billion) in 2020, its top executive said.

“We are on that journey. That means we need to grow 8-10 percent annually to reach it and that is probably roughly where we’ll land this year,” IKEA CEO Peter Agnefjall told Reuters.

“We are well on track to realise the plans we have.”

Speaking on the sidelines of a design event in the small, southern Swedish town where IKEA first set up shop, Agnefjall said trends in demand remained similar to last year, with a continued recovery in its biggest market, Europe.

In China, a key growth market for IKEA, the company was little affected by a wider economic slowdown, he added.

“There has been talk for three years that China is slowing down. We don’t see those signs,” he said.

The company, known for its large warehouse-like out-of-town stores and flat-packed self-assembly furniture, reported a 11.5 percent sales rise to 32.7 billion euros in its previous fiscal year, which runs through the end of August.

In Russia, where IKEA once expanded rapidly, investments remained on hold, he said, while the company, which plans to open its first Indian store in just over a year, in Hyderabad, was close to finalising deals to buy land in New Delhi, Bangalore and Mumbai. ($1 = 0.8795 euros)