How the F&B sector is courting the social crowd 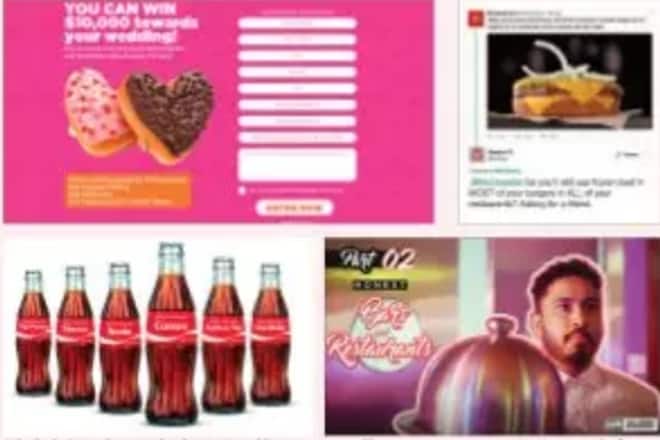 The number of internet users in India surpassed 450 million recently. Unless you have been living under a rock, this piece of information should validate the belief that everyone is hanging out in cyberspace. While nothing is as popular as Facebook, there are many other apps that the social crowd finds appealing. According to comScore, millennials spend about seven hours on Instagram every month. Next is Snapchat at about six hours per month, followed by Tumblr and Twitter for 5.7 hours and 3.5 hours per month, respectively.

Social media is a great equaliser and it holds especially true for the F&B industry. Stories that wouldn’t be big enough to make it to the conventional media will flourish here and that’s why it is crucial for brands to proactively listen, understand and respond to their consumer’s interests. How should they do it? Take a cue from brands that have already been there and done that.

Show them the goodies

In February last year, Dunkin’ Donuts tried Facebook Live to launch a unique contest. Its inaugural video took viewers on a behind-the-scene tour of the company’s test kitchen, where the culinary team made a cake of heart-shaped doughnuts. Engaged viewers were also invited to enter the Dunkin’ Hearts Love contest and share their story for a chance to win $10,000. The video generated 21,000 views in less than 15 minutes. So, instead of guarding its baking process, Dunkin’ Donuts opened its doors to show consumers how their favourite treats are made. Quick tip for marketers in the F&B industry — you don’t have to give away your entire recipe but it helps to reveal some of your processes.

Have you heard about Wendy’s’ social media strategy? The brand responds to user comments, especially ones insulting Wendy’s or praising its competitors with tongue-in-cheek comebacks that are sometimes playful and sometimes downright insulting. For instance, it responded with a picture of a garbage can when one user requested for the chain to help find the nearest McDonald’s.
In another similar incident, when McDonald’s announced that its Quarter Pounder burgers will be cooked with fresh beef, Wendy’s came back with “So you’ll still use frozen beef in most of your burgers in all of your restaurants? Asking for a friend.” Is the brand really benefiting from the attempt? And if it is, can your brand benefit the same way? Sitting pretty with 1.2 million followers, and with individual tweets getting upwards of 10,000 shares and 30,000 likes, it is enough to prove that the strategy is legitimately worth exploring.
Controversy is always a good way to drum up visibility as it polarises your audience, making some of them love you and some of them hate you — and either way, you will get more attention. Plus, as they say, fortune favours the bold.

Take for instance All India Bakchod (AIB), whose Honest series on every restaurant done for food delivery brand Swiggy was not just hilarious but also extremely relatable! From the stories of a shady roadside bar that nurtures a broke college student to the string of conversations that go down while ordering food over the phone — the three-part ad garnered 1.5 million views in two days. What does this mean for your brand to get an influencer like AIB on board? It allows you to harness the influencer’s built-in audience but without creating your own content. When the audience views content about your brand, you might gain a new customer. Moreover, consumers are particularly sensitive to brand messaging. Instead of relying on your own brand messaging and voice, you let a well-known person broadcast your message for you.

Let your fans market you

However, you need to give them a compelling reason to do so. Like Coca-Cola did with Share a Coke. The campaign created personalised Coke bottles with customers’ names and nicknames inscribed, and encouraged customers to share the drink with someone (each bottle had the hashtag #ShareACoke). It resulted in 150 million users putting personal messages on bottles, such as birthday wishes and even wedding proposals. Such campaigns not just allow consumers to get involved in a virtual way but also give them a tangible product because of their online involvement. Another important point that Coca-Cola drove home is that you can always think of ways to turn your product into a gift.

Nobody understood this better than Kingfisher, when it came up with the first headbang-triggered beer dispenser. During the Great Indian October Fest, United Breweries Group’s Kingfisher launched a product where users had to log in to their Facebook account and headbang in front of a machine. Within 30 seconds, the individual had to headbang as much and as fast as they could. Accordingly, beer was won and they could also share their win through social networks. This resulted in three lakh impressions being created on social media for the brand.

The bottomline — integrate online with your offline marketing efforts, today. Do you plan to try any of these for your brand?