The Reserve Bank of India has initiated a special audit, given the potential systemic risk the group poses to other non-bank lenders and worries about $500 million of repayment obligations coming due over the next six months. 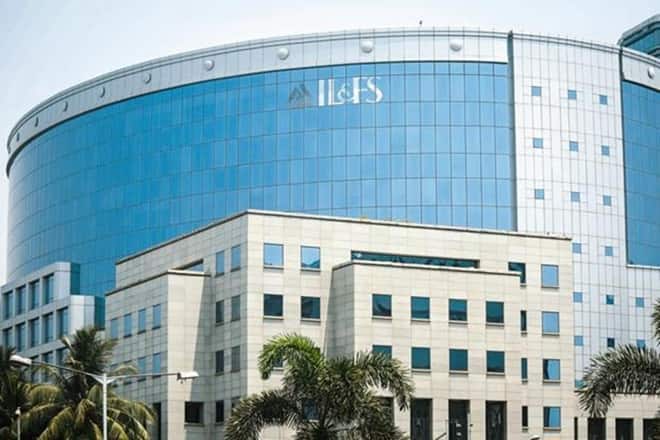 Indian authorities have spent the week containing the collateral damage from a major infrastructure lender struggling to service $12.6 billion in debt. Next up: Figuring out why the nation’s credit rating agencies didn’t see the crisis coming. IL&FS Group is a vast conglomerate with a complex corporate structure that funds infrastructure projects across the world’s fastest-growing major economy. The financier, set up in 1987, and its listed subsidiaries have powered India’s infrastructure boom– including the Chenani-Nashri road tunnel, India’s longest–and raised billions of dollars from the country’s corporate debt market.

In July, company founder Ravi Parthasarathy stepped down, citing health reasons. In August a default within the group rattled India’s money markets, added to pressure on corporate bond yields and sparked a sell-off in the stock market. The Reserve Bank of India has initiated a special audit, given the potential systemic risk the group poses to other non-bank lenders and worries about $500 million of repayment obligations coming due over the next six months.

The nation’s credit rating industry has come under scrutiny after the firms that assessed IL&FS, including the local partners of Moody’s Investors Service and Fitch Ratings, failed to see the financial troubles brewing at the financier. The group’s debt burden jumped 44 percent in the year ended March 31 from 2015.

Here’s why the IL&FS default is worrying investors

“Rating agencies need better market intelligence and surveillance rather than depending upon historical data and some structure based on past estimates.” said Nirmal Gangwal, founder of Brescon Corporate Advisors Pvt., a distressed asset turnaround specialist. “They also need to factor changes on the ground like change of leadership, cash flow management in recent past and market environment.”

“There is definitely a case for revisiting ratings standards and the whole rating framework,” Rajiv Kumar, India’s banking secretary said in an interview. “Some kind of accountability needs to be there. It has to be made more robust.”

IL&FS is a huge borrower, accounting for 2 percent of outstanding commercial paper, 1 percent of debentures and as much as 0.7 percent of banking system loans. The group itself in turn acts as a key source of capital to non-bank lenders. Another worry is a stampede by individual investors out of fixed-income mutual funds that will force portfolio managers to sell other companies’ debt securities to cover redemption requests, setting off a vicious cycle.

“We have not had this kind of a systemic event of this magnitude in the bond market before in India, and so we don’t really have a precedent as to how to deal with it,” said Kunal Shah, a debt fund manager who oversees nearly $1.7 billion at Mumbai-based Kotak Mahindra Life Insurance Co.

Until July, India’s credit rating companies had investment grade ratings on billions of dollars of corporate debt raised by the IL&FS Group and its subsidiaries. The first signs of trouble came in June, when the special purpose vehicles tied to IL&FS Transportation Networks Ltd., a group subsidiary, defaulted on its debt obligations. More defaults in other parts of the empire followed in August and September.

Project Slowdown
The burning question now is whether credit analysts should have seen the financial reckoning at the IL&FS group earlier. It was no secret that funding costs for companies in India surged as the interest rates in the nation’s credit markets hit multi-year highs. For IL&FS, short-term debt increased 30 percent to 135.6 billion rupees ($1.9 billion) in the year to March 31, according the company’s annual report.

The pace of new infrastructure projects has slowed down in India, and some of IL&FS’s own construction projects, including roads and ports, have faced cost overruns amid delays in land acquisition and approvals. Disputes over contracts have locked about 90 billion rupees of payments due from the government.

Indian credit ratings companies rely on the same “issuer-pays” model common in the U.S. that allows the entity issuing a financial instrument to pay credit analysts upfront to rate the underlying securities. S&P Global, Moody’s and Fitch were criticized for placing profits before investors when rating mortgage securities in the run-up to the U.S. financial crisis in 2008.

“Where we have gone wrong in India is where regulators have written regulations that force regulated entities, such as banks, mutual funds, to use the rating,” said Professor Ajay Shah with the National Institute of Public Finance and Policy in New Delhi. “A rating company should be just a research company, which has to sink or swim based on the value that it contributes to the institutional investor.”

IL&FS group’s investment grade rating was based on the strength of the investors in the parent company, according to an official at a rating company. The lender’s investors include Life Insurance Corp., India’s largest life insurer; State Bank of India, its largest bank; and Housing Development Finance Corp, its largest mortgage lender. Japan’s Orix Corp. is the company’s second-largest shareholder.

India’s central bank deserves some of the blame, the person said, because it tolerated the excessive dependence on debt used for project funding in India.

“In most cases, they take into account projections given by managements which tend to be rosy,” said Subramanian. “Rating companies have a role to play in rating the various securities, but they need to increase their sophistication by developing models that account for various scenarios.”

Regulatory measures should be on the table, according to the head of a rating assessor. “The regulators should seriously consider mandatory rotation of the rating agency of an issuer just like the rotation of auditors,” Sankar Chakraborti, chief executive officer at Acuité Ratings & Research Limited, a local ratings company. “This will allay the concern that a very long association between issuer and rating agency may allow scope for complacency.”

While penalties had previously been restricted to discreet warnings, regulators in August banned a rating company for a year from assessing bonds. China opened the door for foreign rating companies last year. Yet so far, no international raters have set up wholly-owned units in the country.

For IL&FS, rating company ICRA, flagged the group’s “elevated leverage” in March but kept its investment grade rating because of “experienced senior management team and its significant track record of operations in the infrastructure domain.”

The company’s shareholders are scheduled to meet on Saturday to vote on increasing its authorized capital, which will start its plan to “restore normalcy,” Vice Chairman and Managing Director Hari Sankaran said in a note to employees this month.

“Certain conflicts of interest inherent in the current structure prevalent in India need to be reviewed,” said Sunil Sharma, executive director & chief investment officer at Sanctum Wealth, which manages $1 billion. “Greater disclosure and access to information needs to be mandated.”