It isn’t often that I go back to writing about a food outlet, but I was introduced to Biryani by Kilo in its early months of existence. And subsequently, it has created a space for itself that summons one back to evaluate its growth. 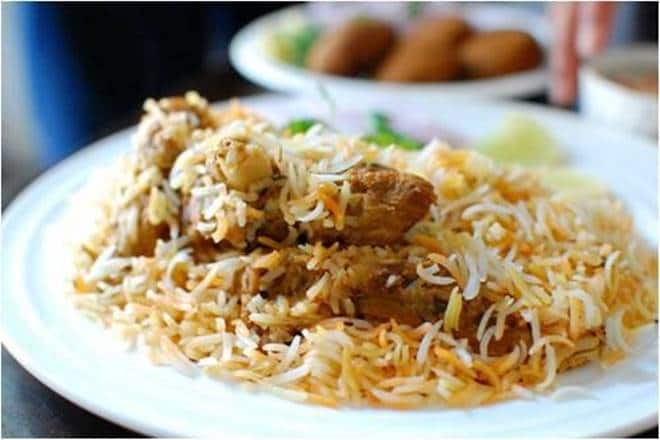 Ethical choices are important and customers care. And the food tech business, at least the smarter ones, recognise that about their diners. (Image: Twitter/ Biryani Blues)

It isn’t often that I go back to writing about a food outlet, but I was introduced to Biryani by Kilo in its early months of existence. And subsequently, it has created a space for itself that summons one back to evaluate its growth. Started by Kaushik Roy and Vishal Jindal (foodies with a VC/PE background), this food delivery tech company has had an exciting ride. The food app model of food delivery has taken over the food biz, changing the dynamics of the market. Whilst the biryani delivery model competes successfully with pizza in New Delhi, what Biryani by Kilo did right off the bat was take it a couple of notches above regular delivery fare. Biryani Blues, the most popular biryani delivery, has slid in terms of quality. Its food and packaging increasingly resemble the TV dinners of yore—tough reheated pieces of meat, with the chewiness of hide. It’s been a steady fall whilst the prices have seen a steady rise. But Biryani Blues can be credited with bringing instant biryani to the doorstep. Before that, biryani was a dish that had its own aura, restricted to restaurants or days (if not hours) of preparation in the home kitchen.

Biryani by Kilo analysed this issue before entering the market, believing that biryani could be the ‘fast food’ for the Indian palate, but didn’t necessarily have to come with the same disinterested delivery model. The primary focus then became quality and an emphasis on freshness—when you unstick the cover of the earthernware handi that holds the biryani, steam rises from it, assuring you that it has been taken straight off the fire and brought to your home. It happens every time. The packaging is high-quality—they even send candles. It’s meant to be a ‘dining-in’ experience, not a TV dinner.

Although called Biryani by Kilo, the standout item on the menu is the galouti kebab and the ulta tawa ka parantha. Melt-in-the-mouth meat mince, gently spiced and served with lightly oiled paranthas, makes it the dish to order if one is keeping away from rice. The menu has, in the last few months, seen an upgrade. This is heartening since food app businesses tend to keep it simple and focus on the ‘model’ that works, limiting their ambition to convenience. I have seen this problem with Fresh Menu, another food app delivery business that promises a cyclical menu on a daily basis of freshly prepared dishes. However, yet again, the slide in quality over the past few months has become obvious. Whilst the dishes do change, the quality standards falter as well, moving up and down in terms of flavour. It’s an understandable challenge since their attempt is to offer multi-cuisine fare—chefs would either need to be highly skilled or there would have to be a large team of cuisine-specific chefs cooking on any given day. As a result, the food you order is a shot in the dark. Sometimes they get it right, often they don’t. The advantage with Fresh Menu is that it’s price-sensitive and main courses rarely go beyond Rs 400. Also, the portion size is fit for one.

Biryani by Kilo is not as speedy as the other options. One has to place the order a good 90 minutes before the food arrives. Since each biryani is cooked only after the order is received, it requires some patience. But as I have increased my orders from them, I have found that they offer the taste that one craves. So it’s quite all right that one has to order in advance.

Then comes the aspect of food research. Rarely do I explore a delivery option like I have this one, but the food demands the attention. Each of the recipes are well-researched. Many come from the kitchens of yore and are old recipes from Mughal and Awadh kitchens, like the Murgh Mussalam, a signature dish that serves a whole chicken.

Ethical choices are important and customers care. And the food tech business, at least the smarter ones, recognise that about their diners. Those famed handis of Biryani by Kilo are all sourced from Kumhara Gram outside of Delhi, handcrafted by artisans, hence providing sustainable employment to those artisans.

Advaita Kala is a writer, most recently of the film Kahaani. She is also a former hotelier having worked in restaurants in India and abroad.