Here’s what Income Tax Department did leading up to demonetisation: A timeline

The sudden demonetisation announcement has come as a jolt to many. But a peek into the past tells us the income tax (I-T) department has been meticulously planning its steps. 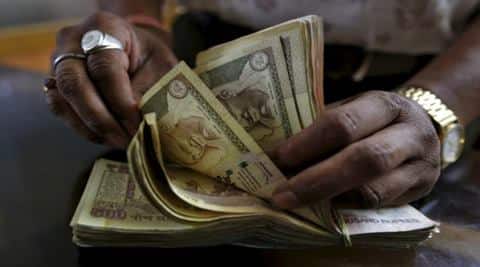 Benami Act comes into force—the government brought changes in the Benami Act of 1988 and made it applicable from November 1, 2016. (Reuters)

The sudden demonetisation announcement has come as a jolt to many. But a peek into the past tells us the income tax (I-T) department has been meticulously planning its steps. Consider the timeline of events that preceded demonetisation:

March 2015: Undisclosed Foreign Income and Assets Bill—a new scheme that urged resident taxpayers with foreign assets/incomes to disclose them and pay penalty if these were not reported earlier. The penalties under this new act were steep (tax rate of 30% and penalty of 90%).

November 2015: The I-T department launched a non-filers monitoring system, where it tracked down non-filers via AIR filed by banks, CIB (centralised information branch) or TDS statements. Anyone, who it thought could have earned more than Rs 2.5 lakh based on their investments, expenses, savings or purchases was urged to file a return.

February 2016: The I-T department opened an income declaration scheme from June 1-September 30, 2016 asking people to declare their unaccounted incomes and assets. It promised no scrutiny or enquiry for these declarations and levied a total tax of 45% on such income.

April 2016: The I-T department introduced a new schedule in tax returns called Schedule AL or assets and liabilities schedule. Here taxpayers were asked to disclose details of their assets at the price it was acquired by them. This was only applicable to those with annual income over Rs 50 lakh.

May 2016: Taxpayers asked to verify old tax returns—as a last and final chance to taxpayers, the income tax department allowed delayed verification of returns submitted for FY 2008-09 till FY 2013-14. A first from the tax department, that allowed such old returns to be verified and brought in order.

July 2016: Issue of letters seeking details of high value transactions—the income tax department unearthed 90 lakh transactions made between 2009-10 to 2016-17 of high value such as cash deposits of R10 lakh or more in a savings bank account, sale/purchase of immovable property valued at R30 lakh or more, and other similar transactions. Taxpayers were sent letters to explain these.

November 2016: Benami Act comes into force—the government brought changes in the Benami Act of 1988 and made it applicable from November 1, 2016. It is now a powerful Act under which benami assets can be confiscated.

Each one of these moves revealed that this government is very serious about unaccounted money and income. Perhaps, it will leave no stone unturned to bring people in the tax fold and force them to pay their tax dues.

The author is a chartered accountant and chief editor at http://www.cleartax.com