The government considering the relaxation of foreign direct investment (FDI) in print media to 49% from 26% could be positive news as India’s paid-for daily circulation is growing even as it declines in most other countries. 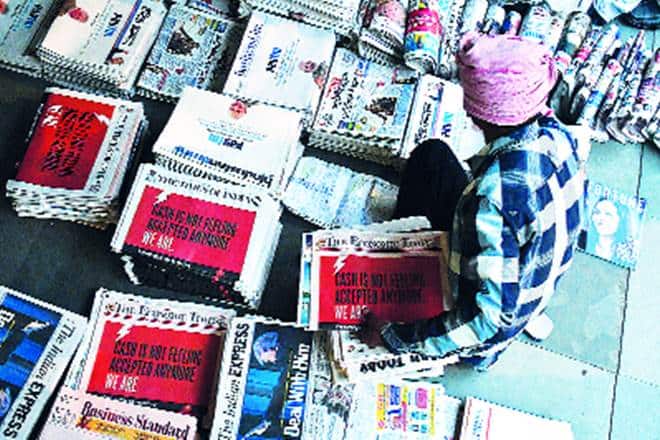 According to the report, in the last decade, 2.37 crore copies have been added and the medium has witnessed a CAGR growth of 4.87%.

The government considering the relaxation of foreign direct investment (FDI) in print media to 49% from 26% could be positive news as India’s paid-for daily circulation is growing even as it declines in most other countries. If this wasn’t good enough, at a time when digital is the buzzword, a new report by Audit Bureau of Circulations indicates an upward swing in print media. According to the report, in the last decade, 2.37 crore copies have been added and the medium has witnessed a CAGR growth of 4.87%.

The growth is largely a result of increased literacy and the need to consume content. The report says that the growth of newspapers in India is directly related to urbanisation leading to higher aspirations. “India’s culture and habits of citizens have created an environment where reading newspapers is an inevitable part of one’s daily routine and the way of life, and is also delivered at the doorstep. Compared to other parts of the world, Indian newspapers are very competitively priced and most are well customised with pull-outs according to reader interests,” says Girish Agarwaal, promoter director, DB Corp.

Regional uprising
As most of India’s population resides in tier 2 and 3 cities, the thrust for regional language content is high. Vernacular print media has registered the highest growth, according to the report, and its future potential may be higher. Growth in English print media has apparently been slower, which may be due the emergence of digital forms of content consumption.

However, industry experts are fast to acknowledge that digital media too continues to struggle, with issues such as audience loyalty, ability to generate revenues, issues around ownership of content, etc. Credibility for the more important news items also remains a hurdle, and that is where print continues to dominate with its strong brand equity.

One must also note that the target audience for print and digital is quite different. Digital’s audience is more urban, including youth using smartphones and not over 40 years of age. The youth accesses news on-the-go either through apps or websites. Print, on the other hand, is more mature and the medium is still skewed towards males. The age group can go till 60 years and beyond.

“English print is mostly consumed by the crème de la crème audience and regional print is focussed on the mass TG. These are usually the people who do not use a smartphone,” points out Navin Khemka, managing partner, Maxus India. “In the near future, when smartphones become more accessible with more affordable data packs, people will start consuming newspapers on-the-go. That is when digital will help print houses gain wider reach and the physical print may come down.”

A critical platform
While television is seen as a cost effective medium to reach a large number of people, digital is used for two-way communication. “For any big brand communication where the brand needs to register the message with its consumers, print is used. When a brand wants to give information, print is used. When immediate impact needs to be delivered, print is the go-to medium,” asserts Agarwaal.

According to industry experts, print remains a very critical medium as it lends a lot of credibility to the advertising message. In certain categories, it also acts as the key vehicle for driving instant reach and immediacy of response. Given the innovations possible today on print, it also lends itself to driving the buzz value for the brand. Regardless of the emergence of various content platforms, print scores over other mediums with its wide reach, accessibility, localised news content, managed costs of circulation as well as structured information dissemination.

The strength of print media is probably also its largest limitation. A news piece, however important, can only reach its readers at its stated hour on any given day or week, depending on its circulation schedule.