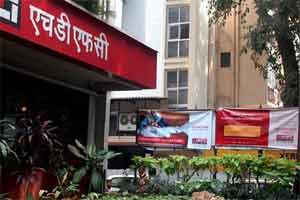 Housing Development Finance Corporation (HDFC), the country’s largest housing finance company, reported 2 per cent jump in its consolidated net profit figures for the second quarter ended September 30, 2015. During July-September 2015, the lender posted a consolidated net profit of Rs 2,106.51 crore against Rs 2,064.36 crore in the corresponding quarter a year ago.

HDFC also informed BSE regarding approval for re-appointment of Keki M Mistry as the managing director (designated as vice-chairman and chief executive officer) of the corporation, subject to approval of the shareholders of the Corporation.

The company’s shares were trading 1.15 per cent down at Rs 1325 in afternoon trade.

Next Story
Volkswagen may offer discounts to owners of cars with illicit software: German news agency