HC dismisses plea for action against internet firms like Uber

The Delhi High Court dismissed a plea seeking action against all internet companies like Uber. 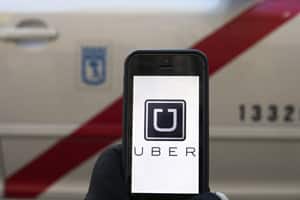 The Delhi High Court today dismissed a plea seeking action against all internet companies, like Uber, which have failed to appoint a grievance officer in compliance of the court’s earlier order.

A bench of justices Badar Durrez Ahmed and Siddharth Mridul dismissed as withdrawn an application filed by K N Govindacharya, saying if there is non-compliance of its order, then a contempt petition be filed.

The High Court had on August 23, last year directed internet companies to display on their website the name and contact details of a grievance officer to deal with complaints by internet users as mandated under Information Technology (Intermediaries) Rules.

The application, filed through advocate Virag Gupta, had contended that despite the August 23, 2013 order by the High Court, it has not been implemented by the Centre.

Additional Solicitor General (ASG) Sanjay Jain refuted the contention and said the Centre has from time to time issued advisories to the intermediaries to appoint a grievance officer and the Secretary, Information Technology, was not at fault as claimed by the applicant.

He also said that another advisory on similar lines will be issued soon as a measure of abundant caution.

The application had sought a direction to the Centre to prosecute all such companies, including Uber, which had failed to appoint a grievance officer.

Uber, a driver of which had allegedly raped a 27-year- old woamn in Delhi, had never appointed a grievance and was doing huge business which reflected failure of governance, the plea had said.

It had also said that more than 20 such taxi companies and thousands of other companies for various services were still operating and doing business in India without complying with various laws and orders.