Grofers, the food and grocery hyperlocal, is tweaking its business model to a partly inventory-led one, CFO Ashneer Grover told FE. 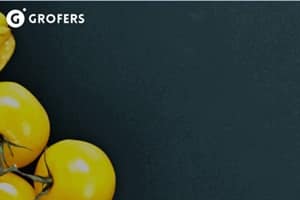 Grofers, the food and grocery hyperlocal, is tweaking its business model to a partly inventory-led one, CFO Ashneer Grover told FE. The company has decided to sell fruit, vegetables and staples under a private label — Freshbury — and these will be sourced from Grofers India’s sister concern. Grover said the idea was to offer customers private labels for some products to ensure quality. In the process the firm’s margins improve. “We can earn a gross margin of 25-35% for pulses, fruit and vegetables under the private label,” the CFO said.

Interestingly, BigBasket launched an express delivery service in 18 cities earlier this month to be able to compete with hyperlocals. The online grocer, which recently snapped up $150 million in a new round of funding, also sells staples, fruits, vegetables and meat under its private label Fresho. Online grocery players in India have been operating on one of two models. The first is the inventory-led one where stocks are maintained and there is control over the supply chain — such as the one adopted by BigBasket.

The second is the aggregator model in which players like Grofers team up with existing merchants to supply products to the end consumer. This is more like a pure delivery service. Analysts have pointed out that at the current scale — 10,000-20,000 orders a day — the inventory-led model appears to have a better margin profile. However, they believe that if the scale rises tenfold, the inventory-less model could yield better margins since delivery expenses — the biggest cost element — could reduce dramatically.

With a delivery personnel strength of 1,750 and 1,500 employees at the corporate office, Grofers now operates in 17 cities. In January, the hyperlocal shut operations in nine cities — Bhopal, Bhubaneswar, Coimbatore, Kochi, Ludhiana, Mysuru, Nashik, Rajkot and Visakhapatnam — citing smaller volumes.
Locodel Solutions — Grofer’s earlier parent — reported revenues of R86.37 lakh and a loss of Rs 3.9 crore for the year ended March 31, 2015, according to a filing with the ministry of corporate affairs. The loss in FY14 was R2.85 lakh. So far, Grofers’ topline has come mainly from from commissions earned from merchants — anywhere between 10% and 15% of the value of the merchandise. It has also earned fees from brands that are promoted on the app or the delivery channel. “The fee revenue in recent months has been close to 15-20% of total revenues,” Grover said. The hyperlocal charges a delivery fee of Rs 50 for orders below R350, but that accounts for a minuscule portion of revenues.

In 2015, the hyperlocal raised close to $170 million. “We still have a significant chunk in the bank. Although we are in talks with investors, it will be more of a regular process than a standalone event,” Grover said. Sequoia Capital and Tiger Global had invested $10 million in February 2015 and $35 million in April 2015. Additionally, it mopped up $120 million from SoftBank and Russian billionaire Yuri Milner in November.

More Stories on
BigBasketGrofers
Next Story
Startup funding: Money will not dry up, will look for quality