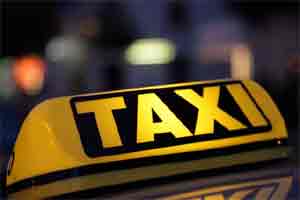 Uber had introduced the provision during odd-even scheme, which was objected to by commuters and Kejriwal had asserted that such demand-linked hikes would be banned permanently. (Reuters)

Days after the Delhi High Court asked the government to take action against app-based taxi services, such as Ola and Uber, for practicing ‘surge pricing’ during the odd-even scheme, the Delhi government has informed the bench that the two major cab operators in the city were “unlicensed” and “operating illegally”.

“The alleged unlicensed aggregators, namely Ola and Uber, are operating illegally as their applications for licence were rejected by the transport department vide order dated June 28, 2015,” stated the AAP government’s transport department in an affidavit filed before the high court.

“Not only are the app-based companies unlicensed but they are also not allowed to charge more than the prescribed rates of fare in the shape of ‘surge price’ or ‘peak time charge’ and punitive actions are being taken against violators by the enforcement teams of the department and Delhi traffic police is also being requested to stop illegal operations by these app-based operators,” it said.

“The said scheme, under clause VII, provides that the licencee shall charge fare as prescribed by the transport department from time to time and as such there is no provision under the scheme for charging any kind of ‘peak time charge’ or ‘surge prices’,” it added.

The affidavit said the transport department had issued a helpline number for commuters, which they could use to file complaints against taxi operators for overcharging. The government told the court that 119 challans had been issued in the last week against taxi drivers for overcharging and “most of these taxis were attached with unlicensed operators.”

The government’s response came on a plea filed by Magic Sewa Pvt Ltd, which has alleged that certain unlicensed taxi aggregators “have been disdainfully violating” the notification on fares by charging very low amounts like Rs 5 per km or as high as Rs 38 per km. The bench of Justice J R Midha will take up the case again on Monday.