Pune-based Deepak Fertilizers and Petrochemicals Corporation (DFPC) is currently the highest producer of CNA with installed capacity of 1,30,000 MT. 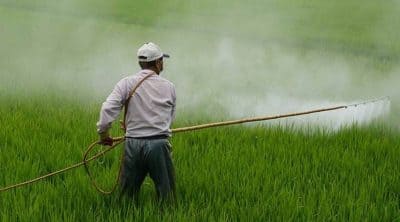 CNA is used for the production of ammonium nitrate, a major component of fertilisers.

“At present, we are making 1,15,0000 metric tonne (MT) CNA annually. The company has three plants of CNA at its Bharuch complex. Now we have initiated the process of installing a fourth plant of 50,000-MT annual capacity. With this, GNFC’s production will escalate to 1,65,000 MT by the end of year 2022,” said Pankaj Joshi, MD of GNFC, while speaking to FE.

Pune-based Deepak Fertilizers and Petrochemicals Corporation (DFPC) is currently the highest producer of CNA with installed capacity of 1,30,000 MT. According to Joshi, almost 90% of the CNA produced by GNFC is used for captive consumption, but with the additional capacity, the company would be able to supply to other companies also.

CNA is used for the production of ammonium nitrate, a major component of fertilisers. It is also used for producing explosives like nitroglycerin and trinitrotoluene (TNT) as well as oxidising. “The additional CNA capacity will help GNFC to cross Rs 10,000 crore turnover by the end of FY23. As on March-end 2022, the company’s turnover was nearly Rs 8,800 crore,” claimed Joshi.

GNFC is operating in fields as diverse as chemicals, fertilisers, energy, electronics, telecommunications and IT. It also has one of the world’s largest single-stream ammonia-urea fertiliser complexes. The company produces fertilisers such as urea and nitro phosphate. The company also manufactures and markets neem de-oiled cake. It also produces core chemical and petrochemicals such as methanol, formic acid, nitric acid and acetic acid.