Get, set for faster downloads! 5G will be 100 times faster than 4G 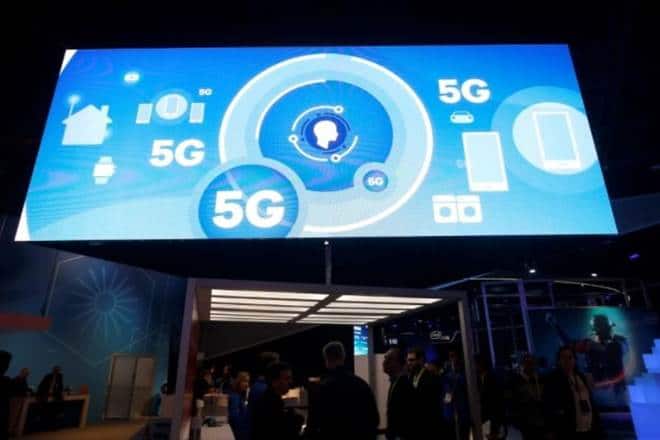 In fact, 5G is a neutral technology that will support many dimensions of tomorrow’s digital economy.

Recently, a report from Deloitte estimated that China and other first-adopter countries “could sustain more than a decade of competitive advantage” and reap big economic gains from early investments in the next generation of mobile technology. The Deloitte report describes 5G as a prize to be won, while others have chosen to portray it as a staging ground for geopolitical rivalries.

In fact, 5G is a neutral technology that will support many dimensions of tomorrow’s digital economy. The 5G revolution will arrive in two stages. The first will provide super-fast internet connections for homes and businesses, enabling ultra-high definition video and virtual and augmented reality; it will also help bring broadband to the roughly 1 billion homes lacking broadband access in emerging markets. A second wave, due to be completed in December 2019, will support more futuristic applications, such as robotic surgery and autonomous cars.

Each generation of mobile technology outperforms the one before it, and 5G will be 100 times faster than 4G, and 50 times more responsive. Beyond a certain speed, however, data transmission becomes unreliable: Signal gets impeded by noise, a form of digital corruption that introduces errors into the data.

Scientists have known this since 1948, when an American mathematician named Claude Shannon determined that there is a limit to the speed at which data can be transmitted without error. That’s why every breakthrough in the telecommunications infrastructure—copper, optical fibre, wireless transmission—has been accompanied by parallel improvements in digital coding technology, ensuring that data didn’t get scrambled on their high-speed journey.

As telecom networks got faster, managing this trade-off between reliability and speed grew more challenging. Now that 5G’s blazing bandwidth is just around the corner, data will have to be encoded in the right way.

Not long ago at its Shenzhen headquarters, Huawei welcomed a visiting scholar from Turkey named Erdal Arikan who 10 years ago wrote a paper containing the seeds of a breakthrough that will enable fifth-generation mobile technology (5G) to transmit huge quantities of data at extremely high speeds, reliably and without error. An MIT-trained expert in electrical engineering at Bilkrent University in Ankara, Turkey, his paper looked at the possibilities of something called polar codes, a mathematical technique which, he believed, might push data transmission speeds to within a hair’s breadth of the Shannon limit. Huawei had begun its own research on 5G technology around the same that the professor had published his paper. Although polar coding was still in its early stages, the company decided to make further investments in this embryonic technology. Last December, the coding technique pioneered by Arikan was adopted as a basic element of 5G standards.

5G will usher in a digital economy whose momentum builds as the technologies supporting it become more widely adopted. These technologies will be largely invisible, and most people won’t know anything about them. But like Arikan’s polar codes, they will be quietly running in the background, taking what had been science fiction and turning it into reality.

The writer is corporate senior vice-president, director of the Board, Huawei Technologies