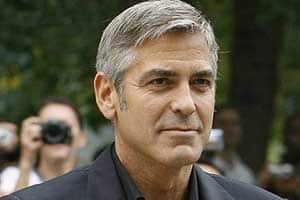 Celebrities including Jada Pinkett Smith and Spike Lee earlier announced that they were going to boycott this year's Oscars ceremony after no people of colour were nominated in the main acting categories for the second year in a row.(Reuters)

George Clooney says he tried other studio heads and important people in Hollywood to sign a petition to support Sony Pictures following the hack attack on its computers but no one came forward.

Clooney, 53, said the industry is scared but people, including media, should have supported the studio instead of publishing personal emails that the hackers released to them.

“I don’t know what the answer is, but what happened here is part of a much larger deal. A huge deal. And people are still talking about dumb emails. Understand what is going on right now, because the world just changed on your watch, and you weren’t even paying attention,” Clooney said in an interview to the Deadline.

Sony has been in the headlines following the massive hack attack on its computers by a group called Guardians of Peace over their comedy film ‘The Interview’, which revolves around a fictional assassination story of North Korea’s Kim Jong-un.

The studio was forced to cancel the release of the Seth Rogen and James Franco-starrer film after major cinema chains in the US decided not to screen the movie following threats of violence by the group.

Clooney, whose emails have also cropped up in the leaks, said shutting the film is against freedom of expression.

“Here’s the brilliant thing they did. You embarrass them first, so that no one gets on your side. After the Obama joke, no one was going to get on the side of Amy, and so suddenly, everyone ran for the hills.

“Look, I can’t make an excuse for that joke, it is what it is, a terrible mistake. Having said that, it was used as a weapon of fear, not only for everyone to disassociate themselves from Amy but also to feel the fear themselves. They know what they themselves have written in their emails, and they’re afraid,” Clooney said.

According to the US authorities the North Korean officials had directed the hackers to infiltrate Sony’s computers in retaliation to ‘The Interview’.