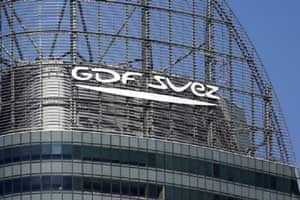 An agreement to formalise the structure is likely to signed in next few days, they said.

Sources said Andhra Pradesh government is pushing for an early start of work on the 3.5 million tons per annum floating storage and regasification unit (FSRU) off the Kakinada coast.

The partners will bring an FSRU, import gas in its liquefied form (LNG or liquefied natural gas) in ships to the terminal, pipe it to land and sell in Anhra Pradesh and beyond.

The start of work on the Kakinada FSRU would mean that Petronet LNG Ltd will have to put off, at least, for the time being its proposed 5 million tons a year LNG import facility at Gangavaram in the same state.

Shell had in 2013 announced plans to build a floating LNG terminal of up to 5 million tonnes per annum capacity off Kakinada coast in a joint venture with Anil Ambani-led Reliance Group’s Reliance Power.

But Reliance Power last year exited the project and Shell decided to join the GAIL-led project which was announced in 2011.

Sources said the FSRU is planned to be commissioned within two years.

The import terminal would have a 3.5-5 million tonnes per annum capacity and will be used to cater to gas demand in Andhra Pradesh and neighbouring states.

While Shell already operates a 5 million tonne LNG import facility at Hazira in Gujarat, GDF Suez is present in India in the natural gas business since 1997, with a 10 per cent stake in Petronet, the owner of LNG import terminals in Dahej and Kochi.

FSRU is a faster and low-cost solution for LNG importation. This is the first of its kind unit in India.

Kakinada is also the landfall point of billionaire Mukesh Ambani-led Reliance Industries’ flagging KG-D6 gas fields in the Bay of Bengal, and a near 1,400-km line carries the fuel from to consumption centres in the west.

The continuing fall in KG-D6 output has triggered a rush for setting up of LNG import facilities to meet the growing energy demands.

Petronet LNG – the nation’s largest importer of gas in its liquid form in ships – too is building a 5 million tonne facility at Gangavaram in Andhra Pradesh by 2017-18.

In intervening period to the construction of the Rs. 4,000 crore Gangavaram terminal, Petronet had planned to hire a floating LNG terminal to begin imports of fuel immediately.

State refiner Indian Oil Corp also is doing a front-end engineering and design study for a terminal at Ennore in Tamil Nadu.