Riding high on the economic growth, Future Generali expects gross domestic product to expand at a higher rate which will create demand for insurance products. 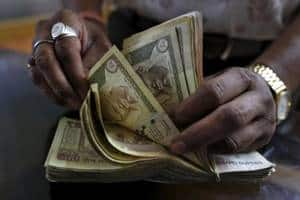 Future Generali Insurance said talks are on between the promoter group and the foreign partner to hike it to the maximum permissible limit. (Reuters)

General insurer Future Generali India aims at a business of Rs 3,000 crore in the next three years with an expected growth rate of 15-20 per cent.

Riding high on the economic growth, the company expects gross domestic product (GDP) to expand at a higher rate which will create demand for insurance products.

“General insurance is basically close to how the GDP is growing. If GDP growth is good, it will help our industry. We are looking at 15-20 per cent growth annually over the next three years. Therefore, we are aiming to reach close to Rs 3,000 crore mark,” K G Krishnamoorthy Rao, Managing Director and Chief Executive Officer, Future Generali India Insurance, told PTI.

“Last year, the general insurance industry witnessed a growth of around 13 per cent. This year, I believe it will be minimum 15-16 per cent”, he added.

India’s economy grew at 7.6 per cent in the last financial year.

Rao said there is movement in infrastructure projects which is a positive sign for the general insurers.

“If the industries are doing good, they will go for expansion and create more demand for insurance products. Disposable income of people will increase and they will buy insurance”, he said further.

On government’s nod to raise foreign direct investment (FDI) in insurance sector to 49 per cent, Future Generali Insurance said talks are on between the promoter group and the foreign partner to hike it to the maximum permissible limit.

“As of now, in our case it (FDI) is at 26 per cent, but the shareholders are now in discussion to increase it to 49 per cent. It is expected to be finalised over the next six months to one year time,” he added.

“For us, 65 per cent of our business comes from retail products. So, we are trying to grow mainly on retail side and going forward we would like to increase it to 70 per cent in two years”, Rao said.

Future Generali’s rest of the business comes from corporate clients.

However, he pointed out that the industry is suffering because of unhealthy competition as insurers are pricing their products below cost.