Why mobile manufacturers may shy away from Make in India plan 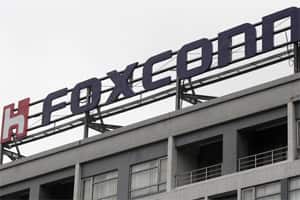 During the meeting, sources said, Prasad apprised Foxconn of the major policy initiatives taken by the NDA government that would benefit those manufacturing electronics locally.

Global mobile phone players such as Foxconn that have committed to manufacture in India may have to rethink their plans with a vital 11.5% excise duty concession now removed. As a result, even those importing mobile phones into the country will end up paying the same duty as those manufacturing domestically. If the government wishes to promote mobile manufacturing, it needs to urgently reconsider this anomaly.

And once this gets resolved, a Central Board of Excise and Customs (CBEC) circular of 2005 — on import of semi-knocked down kits for phones — can also play havoc with plans to assemble them in India.

Importers at various ports have already begun asking for this 11.5% concession, based on a Supreme Court ruling on March 26 in two cases involving ITC and SRF.

While the basic customs duty on mobile phone parts is zero, the only advantage that manufacturers in India got was by way of the countervailing duty (CVD) that importers had to pay. In the Budget, finance minister Arun Jaitley brought in a 1% excise duty for mobile phones manufactured in India while hiking the CVD to 12.5% — in other words, a 11.5% difference, a vital one considering the thin margins on phones.

Accordingly, on March 1, the CBEC issued a notification saying the excise duty/CVD would be 12.5% and 1% in case no Cenvat credit was being asked for. The intent of the circular, CBEC officials say, was only to distinguish between local manufacturers, not importers — the reason for the lower 1% duty was that a local manufacturer was in any case paying taxes at some stage in the production.

However, the Supreme Court verdict, which the CBEC now needs to challenge, has thrown a spanner in the government’s plans. It ruled that since importers were not availing of Cenvat credit either, they had to be treated on a par with local suppliers who did not avail of the credit. As a result, the government’s plans of an 11.5% advantage to local manufacturers no longer holds.

A spokesperson for Chinese telecom equipment maker Huawei said the SC ruling was a “disincentive” since it restores parity between the excise and import duties. “In addition, this move also offers a choice between two attractive options.” The spokesperson added that a lower duty, however, was not the only factor that determines whether a company would go for local manufacturing as considerations such as market environment, land and labour laws would also play an important role.

Huawei and South Korean electronic goods giant Samsung are the major foreign investors in India seeking to tap the world’s second largest telecommunications market with an estimated 21 crore smartphone users in June 2015, a 23% increase over the number of users reported at the beginning of the calendar year.

A spokesperson for Micromax said the company was still evaluating the order, adding: “Our game plan on domestic manufacturing remains unchanged and we would continue to pursue this strategy.”

Once the SC order gets resolved, the issue of an earlier CBEC order of 2005 is likely to come in. Under that order, if all the parts/components are imported in a single consignment — this is what happens for most assemblers — it will be treated as a complete handset and will have to pay the 12.5% CVD.