Unsold inventory in Bengaluru is running close to 100,000 units, topping Mumbai’s 80,000 shaking up the residential property market in the country’s IT capital. 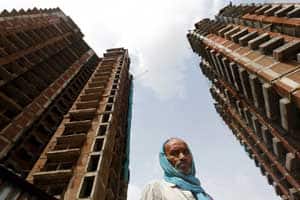 Unsold inventory in Bengaluru is running close to 100,000 units, topping Mumbai’s 80,000 shaking up the residential property market in the country’s IT capital. Given most apartments are priced anywhere between R80 lakh and Rs 2 crore, the value of inventory is estimated at around Rs 1,50,000 crore. Builders are trying to offload apartments at discounts of 30% and offering even more for bulk deals but that doesn’t seem to be helping.

Sales volumes in the six months to September saw a sharp drop and, not surprisingly, builders are holding back; new launches have tumbled 40% year-on-year in H1FY16, data from Knight Frank show. Nevertheless, the city has seen 5,000 new villas and row houses put on sale this year. Koramangala, the tony residential area, drove residential demand, emerging the chosen destination for promoters of start-ups, online portal Commonfloor.com said
Satish BN, executive director, South India, Knight Frank, points out the weakening in the sentiment, which had become apparent towards the second half of 2014 itself, is one of the factors that’s keeping developers from launching more projects.

“Demand for premium property is particularly dull given the interest is typically higher for apartments that are priced in the middle of the range,” Satish told FE.

Bengaluru is more of an end-user market than other big cities with those employed in the IT and BPO spaces typically driving demand. That’s why there have been more apartments on sale in IT hubs and the neighbouring areas — east and south Bengaluru together accounted for nearly three-fourths of the fresh offering.

Apartments constituted 52% of new supply of 92,500 units in the IT capital with villas, row houses and plots making up the rest, according to Commonfloor. In 2014, apartments had accounted for a higher 70%.

Interestingly, IT hub Whitefield topped the list with maximum new supply of villas and row houses accounting for more than 50% of the total market share. The city saw almost an equal mix of affordable flats (less than Rs 50 lakh), mid range (Rs 50-80 lakh) and luxury (more than Rs 80 lakh). Panathur emerged as the new hotspot in 2015 due to its proximity to the IT hubs of Whitefield and Outer Ring Road and the fact that there’s ample land available.

Despite fewer launches and less absorption, weighted average prices continued to move up by about 4% in the first half of the year. Higher construction costs and better infrastructure in prime locations such as Yeshwantpur — where prices are ruling at Rs 11,000-15,000 per sq ft compared with Rs 2,000 per sq ft in 2007 thanks to metro services — were reasons for prices trending up.