Fitch Ratings though retained the rating outlook on the sector as ‘stable’. 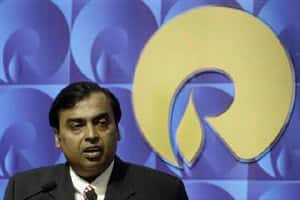 "Indian public have not been able to enjoy Jio's free voice offer as a result of such anticompetitive behaviour of incumbent operators in breach of license conditions," the statement said. (PTI)

Fitch Ratings today slashed the telecom sector outlook to ‘negative’ from ‘stable’ for 2016 and said the impending entry of Reliance Jio will increase the competition and pressurise credit profiles of top-four telcos.

The agency expects data tariffs to fall by at least 15-20 per cent as incumbents compete on price with Jio, which is likely to offer cheaper tariffs to build market share and voice average revenue per user (ARPU) will decline on lower usage as rising data usage will cannibalise voice.

The agency added it expects the 2016 credit profiles of the top-four Indian telcos to come under pressure amid tougher competition, larger capex requirements and debt funded M&A.

Fitch Ratings though retained the rating outlook on the sector as ‘stable’.

Fitch said it expect the incumbent telcos to offer discounts and promotions to higher-ARPU subscribers in anticipation of Jio’s entry to prevent user attrition.

Jio is likely to launch its cheaper and faster 4G-focussed data services in Q1 of 2016 – having invested about USD 14 billion – partly to acquire 800 MHz spectrum in 10 circles and higher-bandwidth spectrum of 2300MHz/1800MHz in 22 circles.

It expect industry revenue to grow by low single-digits (2015: 9 per cent), driven solely by data services as voice matures and subscriber growth slows.

“Data’s contribution to revenue will rise to around 25-27 per cent (2015: 18-20 per cent) as data traffic will double – aided by the proliferation of cheaper smartphones, lower data tariffs and improving content availability,” it said.

The top four telcos’ average operating Ebitda margin will narrow by 100-200bps (2015: 35 per cent) due to pricing pressure on the higher-margin data services and a rise in marketing spend as data competition rises, Fitch Ratings said.

The ratings agency said 2016 industry capex/revenue could rise to 19-20 per cent (2015: 18 per cent) as companies invest to meet the challenges of fast-growing data traffic and a new competitor in Jio. “We also expect telcos to invest to improve voice call quality,” it added.

Fitch Ratings said weaker unprofitable telcos including Videocon, Aircel and Tata could exit the industry as they make operating losses and lack key spectrum assets and financial flexibility to invest in data networks and five to six operators will emerge from the industry shake-out.

“The top-four — Bharti Airtel, Vodafone India, Idea Cellular and Reliance Communications — are likely to raise revenue market share to 80 per cent (2015: 77 per cent) as weaker ones exit. These are likely to acquire spectrum, from smaller loss-making telcos, to unclog their spectrum-starved networks,” it added.

“The sector regulator may relax M&A norms and increase the maximum spectrum a telco can hold in any ‘circle’ (region). The regulator’s agreement to spectrum-sharing and trading in 2015 has provided an exit route for smaller telcos,” it added.