The mobile ad ecosystem is undergoing a huge metamorphosis, with the rise of newer ad formats every day. But do marketers fully understand what mobile can do for them? 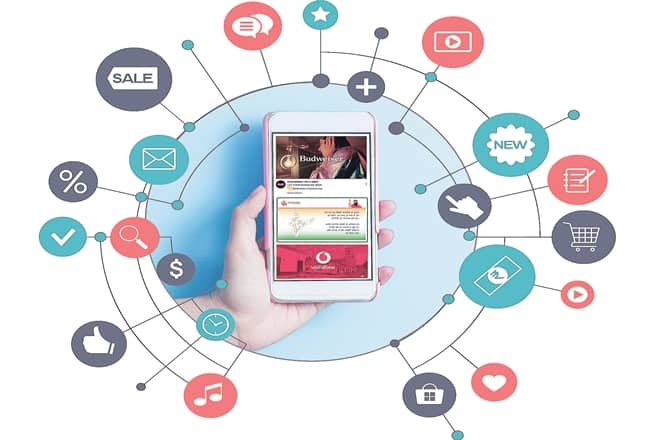 In the last couple of years, we have witnessed an increase in OTT content consumption and the proliferation of mobile gamers.

As per the December, 2017 GroupM TYNY Worldwide report, the digital advertising market in India stands at Rs 9,490 crore. Mobile almost became synonymous with digital in 2016 with mobile getting 50% of the digital advertising pie. In 2017, this number grew to 70%, as per the report. In the last two years, the growth of cheaper smartphones — thanks to the onslaught of Chinese smartphone brands — and 4G penetration have added fuel to India’s mobile story. Nokia MBIT Report (March, 2017) informs that 13% of India’s mobile internet users are 4G users, using 22% of India’s mobile data. The average usage is 3.9GB/month (Ericsson Mobility Report, November, 2017).

“Mobile is no longer a subset of digital as it provides richer data points regarding audience behaviour and consumer intent, making targeting more relevant. In the years to come, 4G, cheap data and OTT platforms will change the game even further in the mobile ecosystem,” says Tejinder Gill, VP, sales and India operations, Truecaller.
With the growth of internet penetration in the country, mobile specific advertising will dominate the digital advertising space in the years to come. BrandWagon delves a little deeper into the mobile advertising industry to understand how brands can target the right audience at the right moment.

In 2016, Yahoo rolled out Tiles — a mobile advertising format in India. Since then, other digital publishers have launched numerous ad formats to engage with consumers. Today, a whole host of offerings have cropped up in the mobile marketing space. InMobi launched a suite of advanced video ad formats in India in 2016. More recently, mCanvas introduced an outstream video ad format called Streambox.  “Inherently since the very beginning of online advertising, display/banner ads have been most widely used,” points out Gautam Reghunath, EVP and branch head, Dentsu Webchutney. Some of the reasons for this include minimal production cost, options for using dynamic creative which allows customised messaging, letting users click and interact with it driving business objectives, and abundant ad space for the format. Having said that, there is no such thing as a universal ad format. Formats like interstitial ads (visuals that cover the entire mobile screen), expandable ad (rich media ad, but can be seen as a combination of banner and interstitial ads), native advertising and in-app video ads have been steadily gaining traction in India.

In the last couple of years, we have witnessed an increase in OTT content consumption and the proliferation of mobile gamers. This has resulted in remarkable growth in video ad spends by marketers. Last year, Patanjali used Truecaller on Independence Day to reach out to a large audience to invoke the spirit of patriotism and economic freedom by encouraging them to adopt ‘made in India’ products.

“Our analytics say that a mobile phone user, on an average, gets six to eight calls a day from unknown numbers; that is the number of opportunities to connect with a consumer for a brand in a day,” says Gill. Apart from formats, what is of utmost importance is the ad placement. It correlates to the context of communication, the psychographic of the audience at the time a brand is communicating with them and the likelihood of the message actually being communicated or the content being consumed. While selecting an ad placement, one must keep in mind three things. First, the viewability of the ad; for instance, for digital banner ads it is crucial to keep the ad above the first scroll or it will get lost. Second, the ad should not hinder the user’s content consumption flow; for instance, non-skippable mid rolls may be played completely but the viewer will not interact with them and in all probability, skip to another screen or even stop viewing the content completely. Third, one needs to dive deep in the content the consumer engages with most and place ads on those pages/articles/videos to maximise the effectiveness of a campaign.

That different industries have to reach out to different audiences and the formats should be chosen as per the target audience is a no brainer. For instance, a media planner will use mobile radio, SMS or IVR for a FMCG company which wants to reach out to the rural Indian in the SEC C and D segment, to maximise reach. For a high-end auto brand — whose audience resides in urban India, uses high-end smartphones connected to 4G internet, is obsessed with social media and is an active app user — the media planner has endless opportunities to work with any format, be it interstitial, in-game banners, hyper local, video, search and more.

Having said that, the biggest challenge marketers and agencies face is the ‘skip’ option. Lakshmi Narasimhan, chief growth officer, GroupM South Asia says, “The entire media ecosystem is fighting this since many years and will continue to do so in the years to come.” The other major challenge is to standardise measurement across platforms like mobile, laptop, desktop, tablet and smart gadgets. And though ad blocking is looked at as a bane, experts say that in the long run, it will improve the quality of online ads served which have inherently been poor, as well improve the user experience.

“The success of any form of digital advertising is driven by consumers’ acceptance of the platform, the ad segment and the content,” says Nilotpal Chakravarti, AVP, IAMAI. “From a consumer’s perspective, the ability to view ‘filtered’ content (choosing and being provided with only that content which they wish to consume), and having access to relevant ads and communications makes digital advertising very relevant.”

There are many other issues plaguing the online advertising space and its stakeholders such as ad fraud and viewability. A decade ago, the key measurement matrix used was based on impressions and clicks. The ad measurement market has come a long way since then, moving on to unique reach, viewable impressions, time spent, frequency, video views and other more insightful metrics. “Third party tools provide many interesting insights from campaigns. Brand marketers should take a deep dive in those insights and think beyond only reach, CPMs, CPCs and CPIs,” points out Narasimhan. Old school marketers who still prefer offline strategies and try to implement or extend the same on digital media, is another challenge that the digital ad world is coping with.

Marketers and brands need to realise that in the next two years, a large part of India’s population will be online. With the West already reaching over 90% penetration in mobile internet users, the market offers hardly any growth opportunity. On the other hand, with a youth segment and 60% population yet to adopt mobile internet, India has the maximum potential to grow compared to any other country in the world, and not only the West.