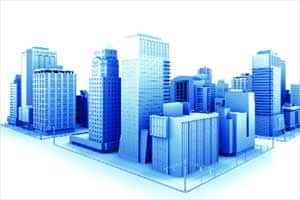 Government's initiative of easing foreign direct investment norms for real estate is unlikely to boost FDI in the sector in the near term, Fitch Ratings said.

It’s wait and watch in the capital and NCR as corporates continue to hunker down; not a single large lease was signed in the three months to December though smaller offices — between 10,000 and 30,000 sq ft — found takers. The Mumbai market didn’t see much action either with just  two big transactions in the quarter. Market watchers expect rents to either drop or at best stagnate as supply comes in. Anshuman Magazine, CMD CBRE South Asia, points out that  a significant pile-up of projects, mostly in Gurgaon and Noida, poses a risk to market stability and a rise in rents.

“In mumbai, rents are likely to remain range bound because of a large number of tenants vacating their premises,” Magazine told FE.

In contrast, leasing activity has been brisk in Bangalore as IT/ITeS and e-commerce firms snap up office space. The garden city reported nine large transactions with as much as 3.5  million sq ft being picked up by a clutch of companies including Flipkart, KPMG, Honeywell, Morgan Stanley and Wipro. Among the marquee deals, Flipkart is understood to have confirmed two lakh sq ft of furnished space in the Embassy Tech Village on the Outer Ring Road area of Bengaluru at a rent of R85 per sq ft a month. This, sources say is the first tranche of the 3 million sq ft space that Flipkart had signed up for in October.

KPMG and Honeywell are understood to have signed up for 8 lakh sq ft each in the RMZ Eco World project in ORR for an undisclosed amount.

In a marquee transaction, the newly-launched airline, Vistara, has signed up 31,000 sq ft space in the One Horizon Centre on the Golf Course Road in Gurgaon at a rent of around R125 per sq ft per month. Vistara confirmed the development to FE through an e-mail. In another transaction, GE India is said to have leased 21,000 sq ft in the DLF Building 9 in Gurgaon.

Rohit Kumar, head (research), DTZ India, believes demand in Delhi for large office spaces, of one lakh sq ft and above will take some time to revive. “The hangover from the downturn continues and decision making is delayed,”Kumar said.

In Mumbai too, demand for large office space is weak given rents are high; in a couple of big deals, Bank of America leased 1.3 lakh sq ft space in One BKC in the Bandra Kurla Complex at about R225-235 per sq ft per month while Zee TV is said to have bought 2.2 lakh sq ft in Marathon Future X for around R400 crore.

A January report of CBRE says Mumbai did not witness any new supply while vacancy levels increased marginally in the October-December period. Apart from the ongoing projects in the commercial space,  no large scale project has been announced other than Godrej’s BKC project. Ramesh Nair, COO (business), JLL India, feels one reason for the drop in absorption in Mumbai is also a shortage of suitable office space in the preferred micro-markets. That apart, Nair points out that the banking and financial services sector hasn’t been renting.